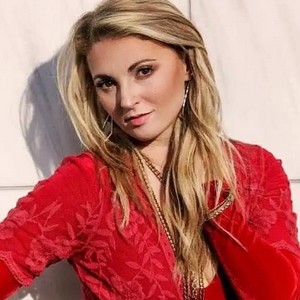 Karen Waldrup is a talented singer whose thrilling performances in nostalgic country style music has made her one of the top country-style singers in the US. Many of her songs as entered the top 10 charts in the category of the Country and Americana songs. Not just that, one of her videos on the internet went viral as it earned more than 225 million views till now.

Karen Waldrup was born on September 5, 1986, in New Orleans. As a native to that place, she spent her entire childhood in that place. Since her childhood, she was interested in music and singing. Eventually, she picked up the guitar when she was 16, and she got into the music. She released various songs and albums which entered in the prestigious Billboard chart.

Karen Waldrup has established herself as a successful country style singer. She has released lots of albums and songs which has gone viral and sold many copies. Over the years, she has earned fame as well as fortune. As of now, Karen Waldrup’s estimated net worth is $500,000 – $600,000.

Karen Waldrup is not only beautiful by voice but, by her charming personality and appearance as well. However, this beautiful lady has decided not to say anything about her personal life till now. She has only kept her musical career in the limelight and keeping her romantic life behind the scenes.

Childhood:    There is very little info about her childhood at the moment. However, she was into singing since a very young age.

Education:    Karen Waldrup completed her graduation from the University of Southern Mississippi with a degree in marketing.

She started the career in country music in 2008. Her debut recording, With Love, Karen, was released in 2009, followed by an EP in the year 2010. After that, she appeared on Bravo TV’s music competition named Platinum Hit. She released her third EP, The Beginning, in 2012.

In 2015, she made another TV appearance becoming a Nashville Rising Star finalist. Then, she released the EP named Getaway. Recently, she released an album named JUSTIFIED in July 2018. It was ranked on  Billboard’s Country Album Sales chart as well as number 44 on Billboard Independent Albums.