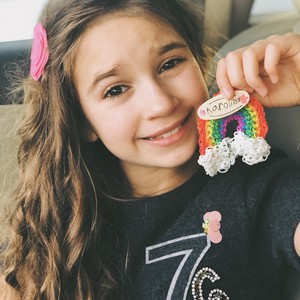 No one can deny the extraordinary talent of the young violinist Karolina Protsenko. She took the world by storm when a video of her performing in the streets went viral all over the Internet. Her popularity grew so much that she was called upon in the popular host Ellen Degeneres’s show. The way she plays the violin with such ease and precision makes anyone admire and praise her talent. At such a young age, she covers difficult yet popular songs with such melodious tunes of the violin that people just stop to see her perform in the streets. Not one of her performance goes without crowd applauding her. It was not a surprise that this talented young violinist garnered millions of followers all over the world. Now let us know more about his violin prodigy.

Karolina Protsenko was born on October 3, 2008, in the United States. Ever since Karolina was a kid, she was always keen and passionate about violin and music. She started learning and playing the violin since she was six. It was not difficult for her to find the passion in this musical instrument because her parents are also an avid lover of music and instruments.

With the constant support of her parents, all those long hours of practice were always playful and interesting. This is the reason why she got so good at violin at such a young age. As she grew up, she earned a lot of fame for her cover videos and videos of her performing in the streets which she uploads on her channel, Karolina Protsenko Violin.

Right now, Karolina has earned more than 1.98 million subscribers. Not just that, her channel has attained a total of more than 158 million views from her videos. Other than YouTube, she has lots of fan followings on her various social media platforms. Also, she has more than 395k  followers on her Instagram alone at the time of writing this article. 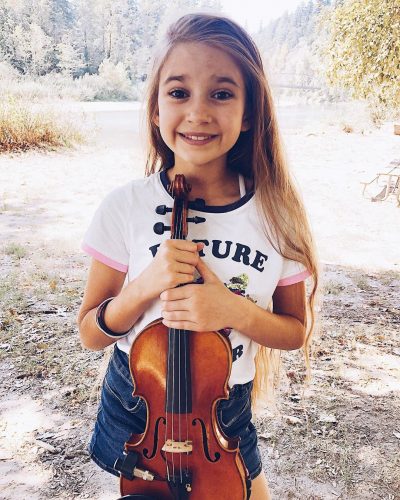 Father:      His father is the person who captures Karolina performing her cover songs. He has always been there for her from the very beginning. Most of the credits for her success goes to his father who has always pushed and motivated her to be the best.

Mother:    Like Karolina, her mother is also a talented piano player. She often appears on her YouTube videos providing piano music to cover songs.

Sibling:    She has a younger brother named Leo.

Considering Karolina’s latest 15 posts, the average engagement rate of followers on each of her post is 5.59%. Thus, the average estimate of the amount she charges for sponsorship is between $1,180.5 – $1,967.5.

So is the case for Karolina Protsenko, as most of her earnings and incomes comes from YouTube. The subscribers and viewers count of her has risen significantly over the years.

Currently, she has more than 1.98 million subscribers on her channel with an average of 809,656 views daily.

Net Worth: According to socialblade.com, from her YouTube channel, she earns an estimated $72.9K – $1.2M in a year calculating the daily views and growth of subscribers. Thus, evaluating all her income streams, explained above, over the years, and calculating it, Karolina Protsenko’s net worth is estimated to be around $50k – $100k.

I wanted to tell you how much I love all of you and appreciate your support, whether you are on the Promenade listening to me play or here on Social media taking time to listen, comment and share! I appreciate your love and support greatly! I have the best fans ♥️♥️♥️?????????!!!

Karolina Protsenko started her YouTube channel on September 3, 2018, and uploaded her first video titled “What a beautiful name – Hillsong – Karolina Protsenko – Violin cover.” Since then she has been uploading various cover videos and videos of her performing in the streets.

Till now, out of all her videos, “Sunflower (Post Malone) by Karolina Protsenko – Violin Cover (Spider-Man: Into the Spider-Verse)” is the most popular videos in her channel. It has racked more than 20 million views as of now.

At the moment, her channel is growing day-by-day with over 1.98 million following her video content. Also, she is consistent in uploading videos as she uploads videos once or twice a week.