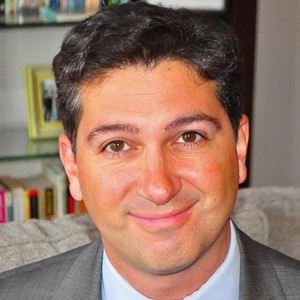 Ken Dilanian is an American Journalist and host who is well-known for his coverage of news in Iraq as a foreign correspondent embedding with U.S. troops. During that time, he operated independently from war-torn Baghdad. Also, he got a lot of appraisal and attention for writing about Deaths in Philadelphia’s child welfare system. It won him a Casey Medal for Meritorious Journalism in 2007.  As a reporter based in Philadelphia, he has won multiple awards for his investigations into government dysfunction.

At the moment, he is working on the investigative unit as an off-air reporter in the NBC news focusing primarily on national security and intelligence.

Ken Dilanian’s NET WORTH AND SALARY

Net worth: Ken Dilanian has been working in news and reporting industry for a lot of time. He has established himself as a talented and hardworking reporter providing important news all over the world. He has worked in the prestigious and well-established organization which pays very well. At the moment, Ken Dilanian’s estimated net worth is $1.5 million.

Salary: However, his secretive nature of the job in the NBC investigative unit, his salary is not revealed as of now.

Is Ken Dilanian Married? Know about his relationship

As Ken Dilanian is one of the popular journalists in the US, many people are curious to know about his relationship status. Luckily, his romantic life is just as successful as his professional life. Although he has not spoken anything about his personal life, he has posted a few photos of his wife and children on his Facebook account. It seems that Ken Dilanian is married for a long time. He has been blessed with two boys making a perfect little family of four.

Father: He has not mentioned anything about his father till now.

Mother: He has not mentioned anything about his mother till now.

Sibling:  He has not said anything about his siblings either.

Childhood: He has always been keen on news and journalism from a very young age. He grew up watching news channels such as CNN, BBC, NBC etc. It was his dream as a young boy to work in the top news distribution network. Fortunately, due to hard work and perseverance, he is living his dream at the moment.

Ken Dilanian is a highly qualified and well-educated individual. He completed his graduation with a Bachelor’s degree in political science and history from Williams College in 1991.

Ken Dilanian started his career as a reporter based in Washington, D.C., bureau. He worked there from April 2010 until May 2014. Also, he worked for the LA Times as a writer.

Also, he got a lot of appraisal and attention for writing about Deaths in Philadelphia’s child welfare system and coverage of news in Iraq. It won him a Casey Medal for Meritorious Journalism in 2007. At the moment, he is working on the investigative unit as an off-air reporter in the NBC news focusing primarily on national security and intelligence.

Ken Dilanian was awarded a Casey Medal for Meritorious Journalism in 2007.