Kianna Johnson was born on April 9, 1997, in the United States. Since she was a kid, she was always keen on fashion, beauty and making others laugh. As she grew up, she became a YouTuber who has earned a lot of fame for his pranks, challenges, reaction, comedy videos and vlogs which she uploads in her channel, Its KiannaJay.

Right now, she has earned more than 380k subscribers. Not just that, her channel has garnered a total of more than 23 million views from her videos. Other than YouTube, she has lots of fan followings on her various social media platforms. Also, she has more than 175k  followers on her Instagram alone at the time of writing this article. 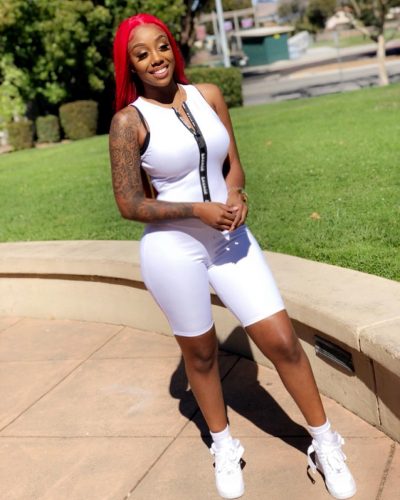 Kianna Johnson’s Break up story and her current Boyfriend

Kianna Johnson started her YouTube channel with Keion. They started doing pranks, challenges and reaction videos just like every other couple in YouTube would do. Their relationship was extremely loved by the viewers and their channel got a lot of attention and subscribers.

Their relationship seemed very perfect and would last till the end. However, disaster struck in their relationship – Keion cheated. They had a fight like every couple would have, but, Keion reacted way to harshly by stating his relationship status as single on his Instagram.


Right after that, he hooked up with another girl. After that, they ended their relationship and she got the rights of the YouTube channel they created together and changed the channel name to ‘Its KiannaJa.’

As she is a strong-willed person, she moved on and got into the relationship with YBN Primetime. At the moment, she is doing the same content she previously did with Keion. They are happy with each other right now but, it is the time that will tell if their relationship will last or not.

Considering her latest 15 posts, the average engagement rate of followers on each of her post is 18.01%. Thus, the average estimate of the amount she charges for sponsorship is between $530.25 – $883.75.

So is the case for Kianna Johnson, as most of her earnings and incomes come from YouTube. The subscribers and viewers count of her has risen significantly over the years.

Currently, she has more than 380k subscribers on her channel with an average of 69,346 views daily.

Net Worth: According to socialblade.com, from her YouTube channel, she earns an estimated $2k – $32.8k in a year calculating the daily views and growth of subscribers. Thus, evaluating all her income streams, explained above, over the years, and calculating it, Kianna Johnson’s estimated net worth is anywhere between, $100k – $200k.

Kianna Johnson started her YouTube channel on January 31, 2017 and uploaded her first video titled “LYRIC PRANK ON BOYFRIENDS FRIEND!! (FAILED).” Since then she has been uploading various pranks, challenges, reaction, comedy videos and vlogs.

Till now, out of all her videos, “STORY TIME!! KIANNA’S CAR ACCIDENT (KEION CRIES)” is the most popular videos in her channel. It has racked more than 1.3 million views as of now.

At the moment, her channel is growing day-by-day with over 380k following her video content. Also, she is consistent in uploading videos as she uploads videos three to four times a week.