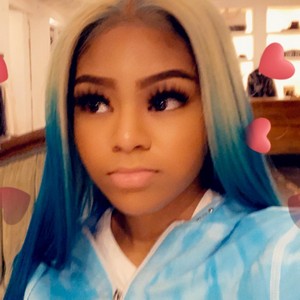 Everyone’s favorite is watching funny contents on the internet when they have nothing to do. Similarly, Killumantii has been able to gain massive attention through her hilarious videos on social media. She loves making people happy and burst out of laugh through her meme content and funny news headlines. The comedian has garnered almost a million followers on her social media.

Killumantii was born on September 26, 1999, in Atlanta, Georgia, US. Ever since Killumantii was a kid, she was very fun loving. As she grew up, Killumantii became an Instagram star who earned a lot of fame and attention for mem content, funny contents, pranks which she uploads on her Instagram account.  At the time of writing this article, Killumantii has already amassed more than 1.7 million on Instagram alone.

Killumantiiis a beautiful woman with a creative brain. Everyone admires her creativity and the talent of making people laugh. Behind her success lies the great support of her boyfriend, Keyshawn Butler who is famous as RichHomieKey. He is a fellow Instagram star who is best known as social media entertainer. The duo is from the same field which is a blessing for them t understand each other. They are stated as the funniest and cutest couple on Instagram.

As of now, she is very happy with the relationship. It has been quite a long time they are dating each other. Similarly, the post they make on Instagram dedicates their love and compassion for each other. It is just a matter of time until they share their happy news of getting married to their fans.

YouTube: Currently, she has more than 290k subscribers on her channel with an average of 17,975 views daily.

According to socialblade.com, from her YouTube channel, she earns an estimated $1.6K – $25.9K in a year calculating the daily views and growth of subscribers.

Net worth: Thus, evaluating all her income streams, explained above, over the years, and calculating it, Killumantii’s net worth is estimated to be around $400,000-$500,000.