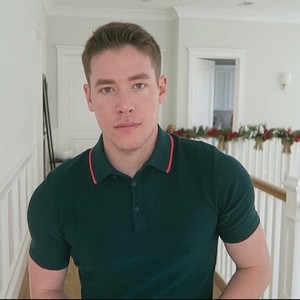 Kory DeSoto is famous for his entertaining contents on YouTube. His charming personality has attracted a lot of viewers and helped him create a strong fan base. He got an instant limelight by collaborating with famous Youtuber, Colleen Ballinger. He has also been featured in a web series called the Matt and Kory Show, 2010-2013.

Kory DeSoto was born on November 9, 1986, in San Bernardino, CA. He is an American YouTube who is best-known for uploading pranks, collab videos, DIY,  challenges, reaction, comedy videos and vlogs in his channel, Kory DeSoto. At the moment, he has earned more than 456k subscribers. Also, his channel has garnered a total of more than 43,177,383 views as well. Besides YouTube, he has lots of fan followings on his other social media platforms. Also, he has more than 324k  followers on his Instagram alone at the time of writing this article.

Furthermore, Kory DeSoto appeared in the episode of Haters Back Off called “Rod Trip with My Uncle”  with Colleen Ballinger and Angela Kinsey. He also played a role in a web series named the Matt and Kory Show for 3 years, since 2010.

Sponsorship: As he has more than 324k followers on his Instagram account, advertisers pay a certain amount for the post they make. Considering his latest 15 posts, the average engagement rate of followers on each of his post is 10.47%. Thus, the average estimate of the amount he charges for sponsorship is between $972 – $1,620.

Merchandise: As a popular YouTuber, many of his fans and viewers have demanded his own merchandise. Fortunately, he has provided his own merchandise which is sold through, redbubble.com. At the moment, he mostly sells custom-made stickers with the prints of him along with his best friend, Colleen Ballinger. The prices of the stickers range from $1-$3 which is very affordable and gets ‘sold out’ time and again.

YouTube: YouTube has been a platform where people can work by connecting with viewers and getting paid for the ads viewers watch in the process of watching their videos. So is the case for Kory DeSoto, as most of his earnings and incomes comes from YouTube. The subscribers and viewers count of his has risen significantly over the years. Currently, he has more than 456k subscribers on his channel with an average of +12,917 views daily.

Net Worth: According to socialblade.com, from his YouTube channel, he earns an estimated $1.2K – $18.6K in a year calculating the daily views and growth of subscribers. Thus, evaluating all his income streams, explained above, over the years, and calculating it, Kory DeSoto’s estimated net worth is anywhere between, $100,000-$200,000.

He seems to be very open about his professional life. He shares about his upcoming projects, and what he is up to about his new plans. But, sadly, he is lowkey about his relationship status. He is very friendly and good at maintaining a friendship but looks like he is not so good at handling his love life. There is not even single information about his girlfriend or his partner in crime, in any of his social media. Despite the fame and limelight, he has been an amazing individual who could give a separate space to his personal and professional life. It is only a matter of time before he opens up about the romantic chapter of his life.

Father:      He has not revealed his father’s identity yet.

Mother:   Looks like he is very close to his mother. He once posted a picture with his mother, where he had mentioned that he would love to play Bingo with his mother for 7 hours. However, her name is yet to be revealed.

Sibling:    He has featured his older brother on his Instagram post but, he didn’t reveal his name.

Kory DeSoto started his YouTube channel on March 30, 2009, and uploaded his first video titled “Happy Hannukuah Yall.” Since then he has been uploading various pranks, collab videos, DIY,  challenges, reaction, comedy videos, and vlogs. Till now, out of all his videos, “100 LAYERS OF CONDOMS!” is the most popular videos on his channel. It has racked more than 3 million views as of now. At the moment, his channel is growing day-by-day with over 456k following his video content. Also, he is inconsistent in uploading videos as he uploads videos once a month a week.

After a year, he played a role in a web series named the Matt and Kory Show for 3 years, i.e  2010-2013. He also attended Teen Choice Awards in 2017. Recently, he was featured in the episode of Haters Back Off called “Rod Trip with My Uncle”  with Colleen Ballinger and Angela Kinsey