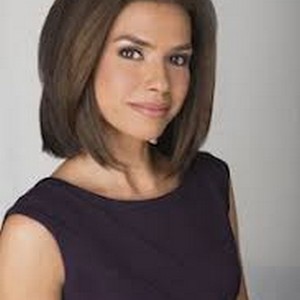 Kristina Johnson, a 49 years old News Presenter who has even won the Emmy awards for the best newscast not only once but twice. Want to know more about her career and how she got involved in this profession?

We will give you each and every piece of information you want to know about her. Her family, career, age, and many more. So, make sure you stick till the end.

Kristine Johnson was born on June 5, 1972, in Angeles, Pampanga, Philippines. Kristine is of Asian-American descent.   She has not revealed detailed information about her parents until now however, we found out that her mother is a Filipina and her father is Swedish American. She has not given any insight into her childhood until now. It seems that she is very focused on her career.

Kristine graduated from the University of Nebraska with a Bachelor of Arts in Journalism and minors in political science, history, and English

Regarding Kristine’s romantic life, she is a married woman with a family. She resides in New Jersey with her husband Steve. Kristine and Steve have two children, a son and a daughter named Burke and Ava. She is not only a perfect anchor but also a loyal wife and mother of two children simply she is an example of a perfect woman.

We luckily were able to find information about her husband and children. However, we could not find further information about them like their occupation. We will make sure to update you, as soon as we find out.

Kristine began her career as a reporter and anchor in  Providence, Rhode Island, for WPRI in 1994. Eventually, She joined NBC in 2005, where she worked as an anchor of NBC’s Early Today and First Look on MSNBC. She was also one of the alternating news anchors on NBC’s Weekend Show. In the same week, NBC Universal announced that it would cut 700 jobs, Kristine announced on Early Today that October 20, 2006, was her last days and she would move on.


Then she later joined WCBS-TV in November 2006 as co-anchor alongside Chris Wragge, the station’s former sports director. During her tenure, she anchored several breaking news like Hurricane Sandy, the blizzard of 2013, the Sandy Hook Elementary School shooting, and the Boston Marathon bombing.


Throughout her career, the perfectionist anchor got honored with Two Emmy awards as best newscasts in 2008.

Kristine Johnson stands at a height of 5 feet and 8 inches. However, the information regarding his weight remains unknown. Kristine looks very attractive with beautiful Dark Brown eyes and Dark Brown hair. Also, she has a Slim and Lean body physique. The details regarding his body measurements remain unknown.

News presenter: She has not revealed the exact earnings of her until now. However, according to www.payscale.com the average salary of a news presenter is around $61,149.

Q: What is Kristine Johnson’s birthdate?

Q: What is Kristine Johnson’s age?

A: Kristine Johnson is 49 years old.

Q: What is Kristine Johnson’s height?

A: Kristine Johnson’s height is 5 feet and 8 inches.

Q: Who is Kristine Johnson’s Husband?

A: Kristine Johnson is Married at the moment.

Q: What is Kristine Johnson’s Net Worth?