Not everyone can make videos that are engaging, entertaining and funny. Well, Kyle Exum can make these videos and guess what, most of them have gone viral. Not just that, he can play multiple characters which are needed to make quality videos. Before we begin, watch the video below to know how entertaining his content is.

Kyle Exum is an American YouTuber who has earned a lot of fame for his comedy videos and skits which he uploads in his channel, Kyle Exum. Right now, he has earned more than 1.4 million subscribers. Not just that, his channel has garnered a total of more than 114 million views from his videos. Other than YouTube, he has lots of fan followings on his various social media platforms. Also, he has more than 145k  followers on his Instagram alone at the time of writing this article.

So is the case for Kyle Exum, as most of his earnings and incomes comes from YouTube. The subscribers and viewers count of his has risen significantly over the years.

Currently, he has more than 1.4 million subscribers on his channel with an average of 51400 views daily.

Net Worth: According to socialblade.com, from his YouTube channel, he earns an estimated $24.3k – $389.4k in a year calculating the daily views and growth of subscribers. Thus, evaluating all his income streams, explained above, over the years, and calculating it, Kyle Exum’s estimated net worth is $300k – $400k 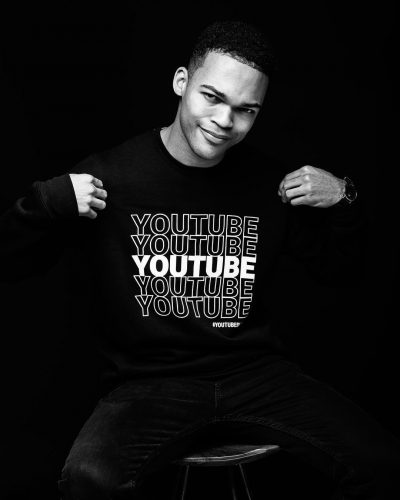 Education:   Not only on YouTube, but he is also pretty successful in his studies as well. He enrolled in the prestigious Howard University in 2017.

Kyle Exum started his YouTube channel on July 24, 2014 and uploaded his first video titled “The Mom Rap.” Since then he has been uploading various comedy videos and skits.

Till now, out of all his videos, “Dad’s Plan (God’s Plan Parody) #PREEXUMSEASON” is the most popular videos in his channel. It has racked more than 15 million views as of now.

At the moment, his channel is growing day-by-day with over 1.4 million following his video content. Also, he is consistent in uploading videos as he uploads videos once a week.