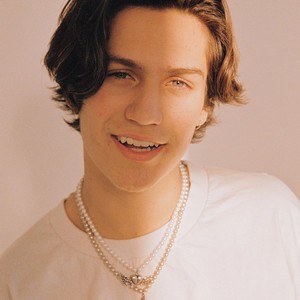 Lilhuddy is just a 20 years old boy who has got massive popularity on Instagram, YouTube,  and TikTok. At such a young age, he has already produced his own merchandise on the vivid management store. He has literally stolen the hearts of girls of her age thanks to his charming looks and personality. Not a post goes by without girls going crazy over him. Many of his TikTok videos have gone viral which has shot his fame to a whole new level in matter of months. So. let us know more about this young TikTok sensation who goes by the name Lilhuddy.

Lilhuddy AKA Chase Hudson was born on May 15, 2002, in California. Lilhuddy is 20 years old. His real name is Chase Hudson but famous by the name Lilhuddy. He is a social media personality who gained popularity from TikTok. He is famous for his lip-sync videos, dance, and acts on TikTok. He has more than 11.8 million followers on his TikTok. Similarly, he has amassed 4.3 million followers on Instagram.

As we all know, Lilhuddy is not alone in this journey of sudden TikTok fame. There are few young boys and girls who have achieved popularity through TikTok. And, the good thing is, these viral sensations have collaborated together to create a group called ‘THE HYPE HOUSE.’ It is literally everywhere be it on TikTok or Instagram. The group has massive clout and popularity at the moment and Lilhuddy lies at the heart of the group.

As one of the up and coming rising stars in the huge social media industry, it is obvious that her fans are excited and curious to know about his personal and romantic life. And, as we know, romantic relationship at his age is very common these days. So, is he single or taken at the moment?

Do mind the fact that he has remained very silent about his relationship until now. Nevertheless, is it not obvious that there would be a rumor mill regarding his relationship? Yes, there is a rumor that she is dating a fellow young and popular TikTok star named Charli D’Amelio.

However, both of them have not said anything regarding the rumor. So, as long as he doesn’t say it himself, he may be dating Charli or maybe he is single, only he and Charli knows. But, the pictures they upload clearly shows that what they have is more than friendship. It is just the confirmation from both sides but, does it even matter? They are dating and that is our final verdict. Swipe through the pictures embedded below and be the judge.

How much is Lilhuddy’s NET WORTH?

Instagram: As he has more than 4 million followers on his Instagram account, advertisers pay a certain amount for the post they make. Considering his latest 15 posts, the average engagement rate of followers on each of his posts is 21.82%. Thus, the estimate of Lilhuddy’s Instagram earnings is between $7,807 – $13,011.

Merchandise: Lilhuddy has produced his own merchandise as a result of high demands from his fan. He sells his products on vividmgmt.store  which often gets sold-out in a very few days of its release. His products are hoodies, t-shirt, phone cases and posters whose prices are ranged from $10-$50.

Net worth: So, evaluating all the income streams of his, Lilhuddy has a net worth of anywhere between $350,000-$475,000 at such a young age of 20. He has a lifelong time to further make progress by grabbing the opportunity that he meets on his journey to adulthood. Keep updated to know what future holds for the career of young TikTok star Chase Hudson AKA lilhuddy.

Sibling:    He has two sisters namely Marlena and Karissa.

Childhood:    In such a prime age he is already into making his own merchandise alongside his fame. His parents are really supportive and attentive to his interests and needs. In simple words, he is getting a childhood that will surely make him a talented and independent man. He seems to be very motivated and confident about maintaining his fame at the same pace for a longer time.

Education:    He is just 20 years old so he must be in his school, but, the name of the school has not been revealed yet due to his privacy.

Lilhuddy has made marvelous progress at just the age of 20 . His career on social media started on Youtube. Before gaining fame on TikTok, he first created his YouTube account in 2015. Thereafter, he started posting lip-sync videos and acts on TikTok which brought him the spotlight on both TikTok and Instagram. Gradually, he started his own merch on his real name, Chase Hudson. He sells his products on the vivid management store.

He has not been awarded for any significant deed till now. However, given his age, he has lots of time to make remarkable performance which will provide him an award.

He is very young to be involved in any sort of Rumors and Controversy. Besides his good deeds, he seems to be very cautious about his prestige. He doesn’t want to ruin his fame due to unwanted controversies. Nor, he wants to gain popularity from them which can hamper his career. Also, he shows no interest in getting popularity by involving in these things.