Lily Hevesh is a professional domino artist who is famous for her complex yet wonderful designs and setups of dominoes. Many kids think it as a toy or sort of games that could entertain them. But, Lily has drastically changed the overview of dominoes through her creativity, and jaw-dropping constructions. Dominoes construction needs a lot of patience and creativity. Hence, the key to Lily’s success for gaining massive popularity among YouTube audience is her patience, creativity, and hard work.

Lily Hevesh is an American YouTuber who is best-known for uploading Dominoes construction, designs, series. in her channel, Hevesh5. Right now, she has earned more than 2.2 million subscribers. Not just that, her channel has garnered a total of more than 670,334,710  views from her videos. Other than YouTube, she has lots of fan followings on her popular social media platforms. Also, she has more than 37.4k followers on her Instagram alone at the time of writing this article. She has been appreciated and featured in renowned channels like NBC, Nickelodeon, and CNN. Moreover, she has also worked with renowned companies like Honda, Ford, and Prudential

Sponsorship: As she has more than 37.4k followers on her Instagram account, advertisers pay a certain amount for the post they make. Considering her latest 15 posts, the average engagement rate of followers on each of her post is 6.39%. Thus, the average estimate of the amount she charges for sponsorship is between $193.5 – $322.5.

Merchandise: As a popular YouTuber, many of her fans and viewers have asked for her own merchandise.  Fortunately, she has provided his own merchandise which is sold through, hevesh5.com. At the moment, she mostly sells a custom-made T-shirt, hoodies, customized dominos and other accessories with various stickers and prints. The prices of the merchandise range from $5-$100 which is very affordable and gets ‘sold out’ time and again.

So is the case for Lily Hevesh, as most of her earnings and incomes come from YouTube. The subscribers and viewers count of her has risen significantly over the years.

Currently, she has more than 2.2 million subscribers on her channel with an average of 865,399 views daily.

According to socialblade.com, from her YouTube channel, she earns an estimated $77.9K – $1.2M in a year calculating the daily views and growth of subscribers.

Projects: She has collaborated with renowned companies like Honda, Ford, and Prudential for branding and advertisements. However, her pay cannot be revealed due to privacy concerns. Thus, evaluating all her income streams, explained above, over the years, and calculating it, Lily Hevesh’s estimated net worth is $1,000,000-$1,500,000.

Lily Hevesh is passionate about dominoes since the age of 9. She has been following her passion and interest for more than a decade. This nature of hers shows that she will be very loyal and committed to relationships as well. However, since she is just 20 years old, it looks like she is currently focused on her career and strengthening her skills.

At the moment, she has not shown any interest to pursue an open relationship. However, there is no doubt that once she is into the relationship, she will hold on to it for a long time which intense compassion and love.

Given her age, she might have a happy family or committed in the relationship at least. However, her preference to keep her personal life out of the limelight makes her relationship status questionable. 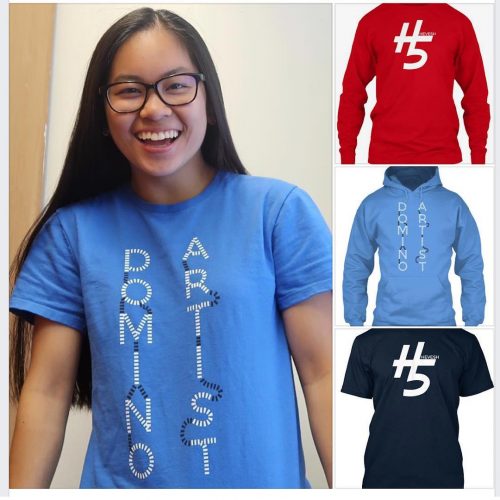 Childhood:    She spent most of her childhood days with her pet dog named Penny. SHe was very much attached to it. She had a best childhood one could ever have because her parents were really supportive of her needs and interest. Her childhood has helped her a lot to gain success in her career.

Lily Hevesh started her YouTube channel on January 28, 2009, and uploaded her first video titled “Domino Shorts.” Since then she has been uploading various Dominoes construction, designs, series.

Till now, out of all her videos, “INSANE Domino Tricks! (Hevesh5 & MillionenDollarBoy)” is the most popular videos in her channel. It has racked more than 121 million views as of now.

At the moment, her channel is growing day-by-day with over 2.2 million following her video content. Also, she is consistent in uploading videos as she uploads videos 3-4 times a week.