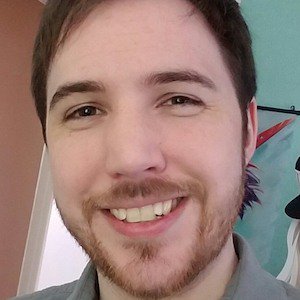 Lost Pause is a gamer who is mainly focused on uploading gameplay videos of popular anime characterized video games. As anime is popular among young people, he has established himself as a gamer for anime loving people. He has earned the spot of fan favorites due to funny commentaries while he plays games, which makes his videos entertaining to watch from the beginning to the end.

Lost Pause is an American YouTuber who is best-known for uploading anime-related video games and commentaries in his channel, Lost Pause. At the moment, he has earned more than 1.2 million subscribers as of June 2018. Also, his channel has garnered a total of more than 374 million views as well. Besides YouTube, he has lots of fan followings on his other social media platforms. Also, he has more than 269k  followers on his Twitter at the time of writing this article. Unfortunately, many of his videos faced the issue of YouTube copyright policies and has been terminated at times. As a result, he opened a second channel, Lost Pause 2, which impressively earned more than 200k in a matter of just 6 months.

Merchandise: As a popular YouTuber, many of his fans and viewers have demanded his own merchandise. Fortunately, he has provided his own merchandise which is sold through, teespring.com. At the moment, he mostly sells a custom-made T-shirt, hoodies and other accessories with various stickers and prints. The prices of the merchandise range from $20 – $30 which is very affordable and gets ‘sold out’ time and again.

YouTube: YouTube has been a platform where people can work by connecting with viewers and getting paid for the ads viewers watch in the process of watching their videos. So is the case for Lost Pause, as most of his earnings and incomes come from YouTube. The subscribers and viewers count of his has risen significantly over the years. Currently, he has more than 1.2 million subscribers on his channel with an average of 199,813 views daily.

According to socialblade.com, from his YouTube channel, he earns an estimated $18K – $287.7K in a year calculating the daily views and growth of subscribers.  Thus, evaluating all his income streams, explained above, over the years, and calculating it, his estimated net worth is anywhere between, $800k – $900k.

Previous relationship:    He was a relationship with fellow anime Youtuber named Ruiriupanda since November 2016. However, they broke up on March 29, 2017.

Present status:    At the moment his relationship is going very strong without any signs of complications and problems. It shows his dedication and commitment to her relationship is unbreakable.. In a video when he introduced Ashley, he made a lot of compliments for her. They seem to love each other’s presence. Hopefully, this time their relationship will work out.

Sibling:    He has a brother. However, he has given any details regarding his name and current status.

Lost Pause started his YouTube channel on December 29, 2013 and uploaded his first video titled “Noble Sh!T: Man Mode Hearthstone.” Since then he has been uploading various anime related video games and commentaries.

Till now, out of all his videos, “SHE WANTS TO “CLEAN” MY WHAT!? – Noble Reacts to DEFI-NITIVE Anime on CRACK” is the most popular videos in his channel. It has racked more than 7 million views as of now.

At the moment, his channel is growing day-by-day with over 1.2 million following his video content. Also, he is consistent in uploading videos as he uploads videos four to five times a week.