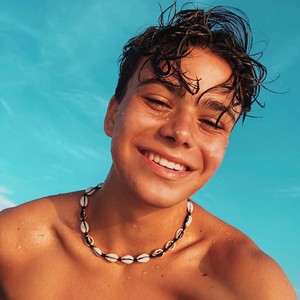 TikTok has been one of the most popular social media platforms. And think about the people who make this app popular. Some of the credit goes to Luciano Spinelli as he has attracted more than 6 million fans on his account. His entertaining content mixed with his charming looks has made him many girl’s prince charming. Well, let’s dig into his life in detail.

Luciano Spinelli was born on July 14, 2000, in Italy. As we all know, TikTok app is targeted at teenage girls and boys. So, he started to post some videos on Instagram to have some fun and not to mention, following the trend.

Little did he know, his charming personality made him popular – especially among the girls of his age. His rise has been meteoric in the year of 2018 as he has already crossed 6 million marks on his TikTok account.

Not just that, he has a whopping 1.3 million fans followings on his Instagram and over 500k subscribers on his channel. He has just been an outstanding social media influencer at such a young age.

As mentioned above, his popularity has grown significantly over the years. So, many of his fans are curious to know about his love life. Bad News – He is in a relationship at the moment.

Looking through his social media accounts, he has posted a photo of him with a girl with the caption – “Always and Forever.” However, he has not added further details about the identity of the girl.

Regardless, he seems to be very loyal to her love despite having so much of distraction the fame has brought to him. They are still very young so it is hard to tell if their relationship will last. For now, they are spending the best times of their life with each other.