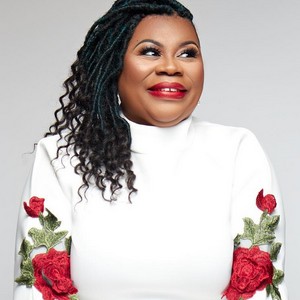 Maranda Curtis has taken the music world by storm with her sensational and strong vocal prowess. Her gospel singing has earned lots of admirers and fans all over the world. She has been an inspiration to many due to the wonderful message she delivers through her songs.

Maranda Curtis is a praise & worship leader as well as gospel singer born on August 4, 1979, in Miami, Florida. She spent most of her childhood in Miami. She started singing since she was a child and eventually went professional as she grew up. Fortunately, her debut EP, The Maranda Experience, released in 2017,  topped the Billboard’s gospel chart in August of that year 2017.

Miranda is a successful singer who has earned a lot of fame and fortune over time. She has been performing numerous concerts all over the US. Most of her shows and concerts get sold out. Also, she has sold lots of copies of her songs worldwide. At the moment, Miranda Curtis’s estimated net worth is $1 million.

Is Maranda Curtis Married? Know about her relationship

Maranda Curtis was married to Pastor Jamill Willis in the year of 2010. She changed her name to Maranda Curtis Willis, adopting the last name. They remained married for more than six years. However, their marriage didn’t work out due to their busy work schedule. Eventually, the got divorced in 2016 and she reverted to her former name, Maranda Curtis.


Since then she has remained low-key about her personal relationship. At the moment, she is living a happy and prosperous life with a fantastic career. She has a reserved personality, so she has kept her romantic life low profile and out of public attention.

Sibling:    She has not said anything about her siblings as well.

Childhood:    Since her childhood, she showed a keen interest in music and singing. Eventually, she started to sing and gradually got good at it.