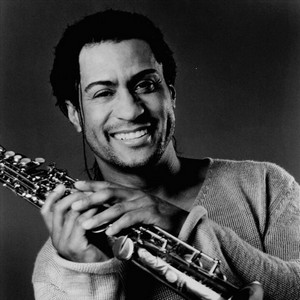 Marion Meadow is an American Saxophonist. He has become a staple of the contemporary jazz format with his subsequent recordings including Body Rythms, Forbidden Fruit, Passion, Another Side of the moon and many more.


Here we have assembled some information and facts about him like his career, family, education, age, and many more. So make sure to stick with us till the end.

Marion Meadows was born in West Virginia, United States. Marion has not revealed his date of birth until now. However, looking at his pictures and appearance, Marion Meadows’s age seems to above 50+. But, the info may not be correct as it just our guess, but, we will update the exact date when the information will be available.

Marion is of Multi-racial descent.   He appears to be reserved about his parent’s history, so, he has not mentioned anything about his parents until now.  Ever since Marion was a kid, he was passionate about music. He has not given any insight into his childhood until now. It seems that he is very focused on his career.

Marion attended Rippowam High School in Stamford and after finishing high school, he attended Berklee College of Music where he majored in arranging and composition. He later went to the SUNY Purchase School for the Arts.

As he has gained such huge popularity, it is obvious that people would want to know about his relationship status as well

Talking about his relationship status, he is a married guy. He is married to a lady named Maria Meadows. However, he has not shared much information about his love life. Only the name of his wife has been revealed until now. Marion and Maria also have a daughter.

Marion started playing saxophone in his high school. He first played tenor sax and then later started playing the soprano sax. Marion was really fascinated by the styles of jazz musicians. He played in a number of bands including disco, R&B, and various jazz ensembles during his college. Not long after graduating from his college, drummer Norman Connors recorded one of his songs titled “Invitation”. Norman also invited Marion to join his band. He later produced his album Passion with his colleague Jacques Burvick. In 1991, he released his first hit album “For Lovers Only.” One day while waiting for the train, Marion pulled out his horn and began playing it under the huge dome, consequently, producer and TV composer Jay Chattaway was traveling the same way and he heard the sweet sound of Marion’s horn. Chattaway got really impressed with Marion and hooked him up legendary keyboardist Bob James. That was the day that changed his whole and the same day his real career began. Bob and Marion worked together on a recording however the recording never got released. Though the recording was not released, he gathered enough experience which eventually helped him in his journey of success. He began working with many artists and musicians and became a well-known sideman. In the late ’80s, he became a member of a New York avant-garde band called Aboriginal Music Society. In 1990 Marion submitted a solo project to Steve Backer at Novus/RCA and was signed to a recording contract, thus marking the beginning of his solo career. He became a staple of the contemporary jazz format with his subsequent recordings, which include Body Rythm, Passion, Forbidden Fruit, Next To You, Another Side of Midnight, and many more.

Saxophonist: Marion has not mentioned or shared any information about his incomes so far. However, according to www.salaryexpert.com the average salary of a saxophonist is estimated to around $62142.

Q: What is Marion Meadows’s age?

A: Marion Meadows has not revealed his age until now

Q: What is Marion Meadows’s height?

A: Marion Meadows’s height is 5 feet and 9 inches.

Q: Who is Marion Meadows’s Wife?

A: Marion Meadows is Married at the moment.

Q: What is Marion Meadows’s Net Worth?