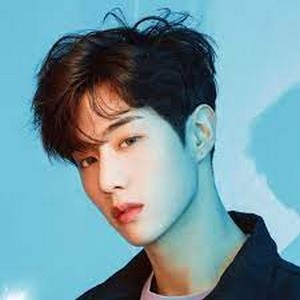 Mark Tuan is a member of the award-winning and famous K-Pop boy band Got7. He debuted their single “Girls Girls Girls” on January 16, 2014, through Mnet’s M! Countdown. He not only got fame from his singing but also because of his modeling contracts. He is a rapper, singer, songwriter, and model. His fashion journey is another milestone that he has achieved. He has got a lot of work going on for himself in that field as well.

In this article, we have gathered all the information there is to know about Mark Tuan. We have covered his birthdate, family, education, romantic life, and net worth. So, stick to the end.

Mark Tuan was born on September 4, 1993, in the United States. Mark is of Taiwanese descent. His parents are Raymond and Dorine Tuan.   He has three siblings, Joey, Tammy, and Grace. Ever since Mark was a kid, he was passionate about rapping. Mark Tuan’s boyhood was really great amidst a lot of care and love from his parents. They were continuously meeting everything Mark requires to pursue what he wants. In simple terms, Mark had undergone a childhood that has unquestionably played a pivotal role to achieve the progress Mark is getting momentarily.

There is no information about Mark’s education and qualifications until now. Nevertheless, given Mark’s accomplishments, he appears to be well-educated.

As we all know, Mark Tuan has accumulated lots of fame and popularity over the years. So, isn’t it obvious that Mark’s followers would want to know about Mark’s relationship and romantic life? But, unfortunately, Mark Tuan has barred his personal life from public attention. We dug into the web, searched across Mark’s social media account to find a clue. But, oh boy, Mark has done a great job to keep his personal life a secret. The secret which only Mark can reveal to his fans in the coming days. Maybe Mark wants to focus on his career for now. So the answer to the question is still a well-kept secret. We can wait or guess until Mark feels comfortable sharing his personal life.

In 2012, Mark started his career. He did a cameo as a backup dancer in the first episode of Dream High 2.

On January 16, 2014, Mark debuted as a part of the K-pop boy group Got7. Since his debut, Mark has expressed his goals in working harder to become a singer-songwriter and making his own music. He officially began writing rap from the Just Right EP, with the track “Back To Me”. Mark released his first Korean solo song “OMW” with fellow member Jackson Wang. Om September 13, 2018, his first solo music video was released.

Mark showed a keen interest in the world of fashion as well. He started his career as a model in magazines across South Korea, China, and Thailand. Since 2017, he has appeared in many magazines like Dazed Korea, Ceci Korea, Grazia, Oh! Boy, Arena Homme+, 1st Look, Chicteen, GQ Thailand, Sweetdonut, Ginger, Starbox Young, Size, Vogue Thailand, Unnamedideal, etc. He also came on the cover of the 200th issue of The Big Issue magazine in March 2019. Mark also has the desire to create his own brand.

Mark’s increasing presence in the Chinese market began in 2018. In January 2019, the variety show Change Your Life marked his first television appearance in mainland China. Mark held his first-ever set of fan meetings in China, titled “On Your Mark”. He then conducted another fan meeting on September 14 in Chengdu, China the same year. His final stop was in Shanghai, China on January 11, 2020. That day he released his first solo Chinese single, “Outta My Head”. His second single was titled “从未对你说过” in Chinese which translated to “Never Told You”.

Promoting in four countries (China, South Korea, Japan, and Thailand), he has done many endorsement deals. In August 2020, Mark became the brand ambassador for China Unicom. He appeared on eight episodes of Huya Super Idol League Season 10 as “Gamer Mark” from June 15 until August 28, 2020.

He uploaded his first video on January 21.

On February 7 Mark announced the opening of his company Mark Tuan Studio (段宜恩工作室) in Beijing, China.  On February 12, he released his single “One in a Million”. Mark is the executive producer of Got7’s “Encore” music video. It was released on February 20. For the movie Shang-Chi and the Legend of the Ten Rings, Mark and Bibi sang the song “Never Gonna Come Down”. He also attended Paris Fashion Week for Rick Owens, Raf Simons, Lanvin, and Balenciaga. On November 12, 2021, Tuan released his digital single “Last Breath”.

Mark Tuan stands at the height of 5 feet and 5 inches. However, the information about Mark Tuan’s weight remains unknown. Mark looks very attractive with beautiful Black eyes and Dark Brown hair. Also, he has a Slim and Lean body physique. However, the detailed statistics showing Mark’s body measurements are not known.

Singing: Mark is an exceptional artist. According to glassdoor.com, his average annual salary is $52,535.

Sponsorship: As he has more than 11.6 million followers on his Instagram account, advertisers pay a certain amount for the post they make. Considering his latest 15 posts, the average engagement rate of followers on each of his posts is 9.16%. Thus, the average estimate of the amount he charges for sponsorship is between $23,205 – $38,675.

Thus, calculating Mark’s income streams, which we mentioned above, over the years, Mark Tuan estimated net worth is $4 million – $4.5 million.

Q: What is Mark Tuan’s birthdate?

Q: What is Mark Tuan’s age?

Q: What is Mark Tuan’s height?

Q: Who is Mark Tuan’s Girlfriend?

A: Mark Tuan is Single at the moment.

Q: What is Mark Tuan’s Net Worth?

It is apparent that several bad information about figures like Mark Tuan involving them spread here and there. Mark haters can make stories and attempt to take him down due to jealousy and envy. Yet, Mark has nevermore given much thought to it. Preferably Mark concentrates on positivity and love, Mark’s fans and followers give. Mark has done excellent work to keep himself distant from controversies until this day.