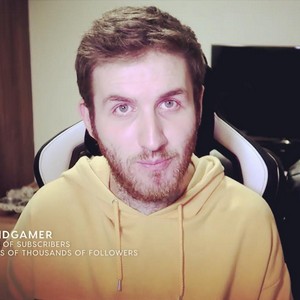 Matt Craig, better known by his alias name MattHDGamer, is one of the only few gamers who specializes in only one video game, Fifa. He creates insane pack openings other interesting contents related to Fifa which has made him a popular Fifa game player. His commentaries to his own videos add a comedic touch to the videos which makes his videos a full-on entertainment package.

Matt Craig is a British YouTuber and Gamer who is best-known for uploading comedy gaming videos related to Fifa game series in his channel, MattHDGamer. At the moment, he has earned more than 2.2 million subscribers as of June 2018. Also, his channel has garnered a total of more than 850 million views as well. Besides YouTube, he has lots of fan followings on his other social media platforms. Also, he has more than 585k  followers on his Instagram alone at the time of writing this article.

Girlfriend’s name:    Hatty: She is also a gamer who mostly creates series from popular game SIMS. She already has crossed 400k subscribers in her channel.

Present status:    Talking about his relationship, he is in the relationship with a fellow gamer, Hatty. Since they both are gamer, they instantly clicked with each other and are dating for a long time. They frequently upload pictures of them together expressing the love they have for each other. Their relationship is appreciated and admired by a lot of people as they make perfect of a couple.

Sponsorship: As he has more than 585k followers on his Instagram account, advertisers pay a certain amount for the post they make. Considering his latest 15 posts, the average engagement rate of followers on each of his post is 3.37%. Thus, the average estimate of the amount he charges for sponsorship is between $1,745.25 – $2,908.75.

Merchandise: As a popular YouTuber and social media star, he has his own merchandise which is on high demand. At the moment, he sells different accessories, T-shirt with his logo on it via shop.spreadshirt.com. The price of the products ranges from $12 to $30.

YouTube: YouTube has been a platform where people can work by connecting with viewers and getting paid for the ads viewers watch in the process of watching their videos. So is the case for  Matt Craig, as most of his earnings and incomes comes from YouTube. The subscribers and viewers count of his has risen significantly over the years. Currently, he has more than 2.2 million subscribers on his channel with an average of 384,122 views daily.

According to socialblade.com, from his YouTube channel, he earns an estimated $34.6K – $553.1K in a year calculating the daily views and growth of subscribers. Thus, calculating all the income streams mentioned above, his estimated net worth is between $1.5 million and $2 million, given the fact that he has remained constantly active in all of his social media accounts.

Childhood:    He has not given any insight into his childhood until now. It seems that he is very focused on his career., Also, he has always been secretive when it comes to opening up about his family and childhood.

Matt Craig started his YouTube channel on January 5, 2010 and uploaded his first video on January 18, 2010 titled “MW2 Commentary Invasion 58-9.” Since then he has been uploading various comedy gaming videos related to Fifa game series.

Till now, out of all his videos, “GOAL LINE TECHNOLOGY FAILS!” is the most popular videos in his channel. It has racked more than 3.9 million views as of now.

At the moment, his channel is growing day-by-day with over 2.2 million following his video content. Also, he is consistent in uploading videos as he uploads videos three to four times a week.