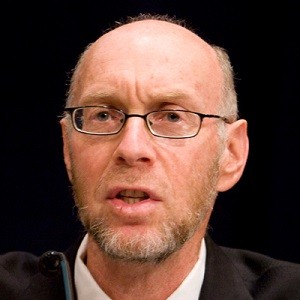 Michael Dreeben has decades of representing the federal government in front of the Supreme Court. He has argued more than 100 cases, which shows the level of expertise he has. Not just that, he was appointed by special counsel Robert Mueller, to help in the investigation of Russia’s interventions U.S. Presidential election in 2016.

Michael Dreeben was born in 1954 in the United States. He is the former Deputy Solicitor General in the U.S. Department of Justice criminal docket representing before the United States Supreme Court. He is one of the top and feared lawyers all over the US who has extensive expertise in U.S. criminal law.

Michael Dreeben is careful, meticulous, non-partisan, as well as fair-minded. His loyalty is to the Constitution is undeniable. He has spent more than 20 years as Deputy Solicitor General. At the moment, Michael Dreeben’s estimated net worth is $1 million – $1.5 million..

As one of the top lawyers in the US, he has strong professionalism. He has always separated his personal life away from his professional life. He is a person who is reserved, meticulous and secretive in nature so, he has not given any details regarding his family, wife, and anything related to his personal life.

Dreeben has a illustrious career in the Solicitor General’s office. He started as an Assistant in the year of 1988, then got promoted to Deputy in 1995. In his first case before the Supreme Court, he was opposed by John Roberts, who became Chief Justice later on. In 2016, he became the only seventh person to argue 100 cases before the Supreme Court.

Dreeben has taught at Duke Law as visiting faculty member. Also, he became the adjunct professor at Georgetown Law.