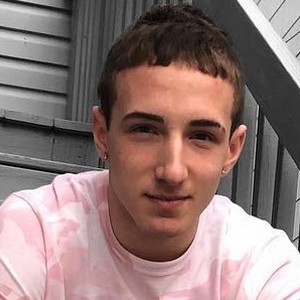 Michael Luzzi is a YouTube star who has been viral for few of his YouTube videos. Anyone who is having a bad day seeks his videos because of his wilful pranks that make the audience burst out of laugh. He is a full package of entertainment that is why he has got into the limelight at the age of nineteen.

Michael Luzzi is an American YouTuber who is best-known for uploading pranks, challenges, reaction, comedy videos and vlogs in his channel, Michael Luzzi. Right now, he has earned more than 647k subscribers. Not just that, his channel has garnered a total of more than 57,809,222  views from his videos. Other than YouTube, he has lots of fan followings on his popular social media platforms. Also, he has more than 126k followers on his Instagram alone at the time of writing this article. 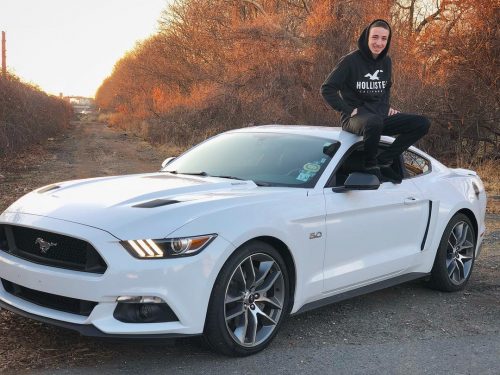 Considering his latest 15 posts, the average engagement rate of followers on each of his post is 4.89%. Thus, the average estimate of the amount he charges for sponsorship is between $381.75 – $636.25.

Merchandise: As a popular YouTuber, many of his fans and viewers have asked for his own merchandise.

Fortunately, he has provided his own merchandise which is sold through,   teespring.com.  At the moment, he mostly sells a custom-made T-shirt, hoodies and other accessories with various stickers and prints. The prices of the merchandise range from $5-$90 which is very affordable and gets ‘sold out’ time and again.

YouTube: YouTube has been a platform where people can work by connecting with viewers and getting paid for the ads viewers watch in the process of watching their videos. So is the case for Michael Luzzi, as most of his earnings and incomes comes from YouTube. The subscribers and viewers count of his has risen significantly over the years.  Currently, he has more than 647k subscribers on his channel with an average of +58,828 views daily.

Net worth: According to socialblade.com, from his YouTube channel, he earns an estimated $5.3K – $84.7K in a year calculating the daily views and growth of subscribers.  Thus, evaluating all his income streams, explained above, over the years, and calculating it, Michael Luzzi’s estimated net worth is $800,000-$900,000.

Michael Luzzi is a very fun loving guy. He doesn’t leave a chance to make people laugh through his entertaining contents. His hilarious videos have won the heart of people all around the world. However, it looks like Maria has been the one to win his heart instead. His girlfriend’s name is Maria. They have been dating for a long time. However, he has not posted even a single post featuring his girlfriend. Both of them are very conscious about their private life. They don’t like to drag everything in the public’s eye.

Michael Luzzi started his YouTube channel on November 20, 2015, and uploaded his first video titled “Channel Intro.” Since then he has been uploading various pranks, challenges, reaction, comedy videos, and vlogs.

Till now, out of all his videos, “BLASTING “WAKA” in front of 6IX9INE ‘S JAIL! (Then this happens…)” is the most popular videos in his channel. It has racked more than 4.1 million views as of now.

At the moment, his channel is growing day-by-day with over 647k following his video content. Also, he is consistent in uploading videos as he uploads videos 3-4 times a week.