We all know how the young team of Ajax FC went all the way to the finals of the 2019 Champion league against all odds and surprising the entire world. At the heart of the team lied the charismatic and extremely talented footballer, Frenkie De Jong. He earned so much attention and fame from his brilliant performances at the biggest of the stage at such a young age. It became inevitable that he became one of the biggest stars in football now and even more when he moved to FC Barcelona. 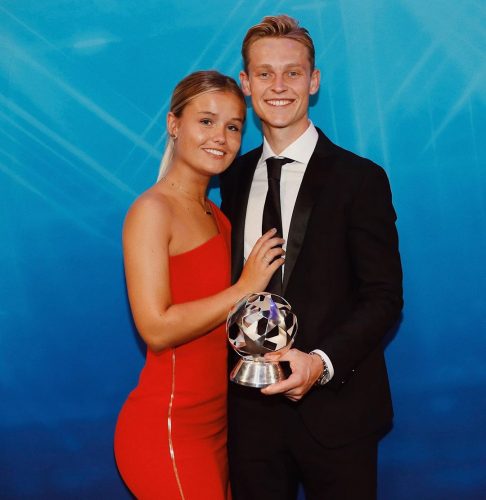 Now, behind all these brilliant football he plays, lies the support of her high school sweetheart, Mikky Kiemeney. She was there to support all the way from the beginning where he was just another football player. She pushed him and motivated him in lots of ways and still does which is one of the main reasons Frankie is so successful right now. Despite all the fame and infatuations, it brings upon footballers these days, Frenkie is still with this beautiful girl with a heart of angel because he knows what she has done for him. A lot of people just know her as Frenkie’s hot girlfriend but, there is much more about her and lets dive into it. 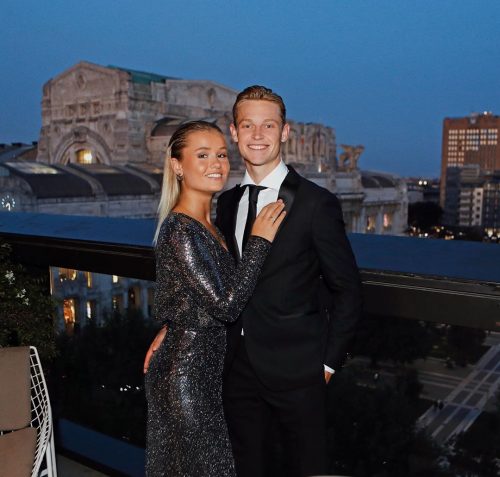 Mikky Kiemeney was born on April 17, 1998, in Hilvarenbeek, Netherlands. Ever since Mikky was a kid, she was passionate and interested in hockey. She played a lot of hockey from a very young age. In 2015, made her professional hockey debut for HC Den Bosch’s women’s team but, she left the game in her late teenage years for an unknown reason. Nevertheless, it shows the athletic side of her life which is unknown to many. Being an athlete from a young age, her love for sports is just undeniable.

As she grew up, Mikky became an Instagram star who earned a lot of fame and attention for modeling portraits and other random portraits of her just enjoying life which she uploads on her Instagram account.  At the time of writing this article, Mikky has already amassed more than 996k on Instagram alone.

Not just that, she has her own clothing brand named Mikkyki which sells all sorts of products such as T-Shirts, hoodies, track pants, phone cases and many more. She got the inspiration to open MIKKY KI as she used to wear Frenkie’s clothes all day sparked the idea.

Father:      Her father’s name is Marc Kiemeney. Her father works for Capital Advertising.

Mother:    Her mother’s name is Barbara Kiemeney. Her mother also works for Capital Advertising. She is featured on her Instagram very often.

Sibling:    She has two brothers named Bing and Billy Kiemeney.

Education:    She has already completed her high school education. However, what is she pursuing right now is not known.

Mikki Ki: At the moment, she mostly sells custom-made T-shirts, hoodies and other accessories with various stickers and prints from mikkyki.com. The prices of the merchandise range from € 25 – € 100 which is very affordable and gets ‘sold out’ time and again.

Net worth: Thus, evaluating all her income streams, explained above, over the years, and calculating it, Mikky Kiemeney’s net worth is estimated to be around $100k – $200k.

“MIKKY KI. is a brand that encourages people to show who they are, to stay themselves. A brand that stands for confidence, strength and perseverance. MIKKY KI. is more than fashion. It’s a statement. A style that shows what you stand for in a glance. Independent, averse to prejudice and straightforward.” – Mikki

Mikki’s relationship with Frenkie De Jong is known to all and we all know how pure and true it is. Her Instagram posts show how beautiful and purely she expresses her love to him. It definitely won’t be wrong to say that their relationship is destined to last forever. They have been an example and a lesson for couples who tend to part their ways in the smallest of things. 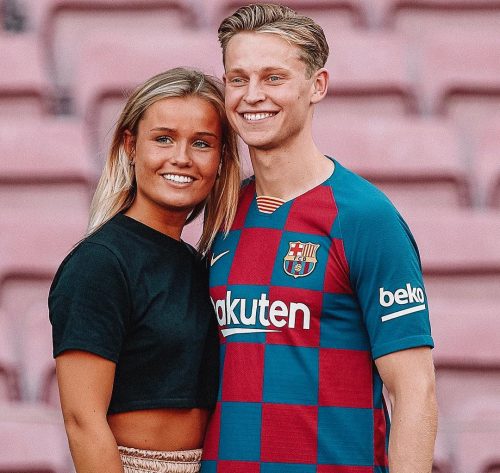