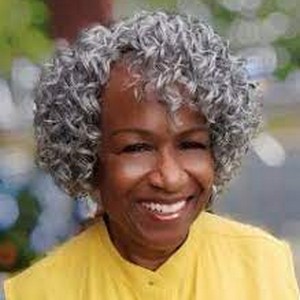 Monica Kaufman is an American anchor and journalist who is widely known for her TV show “Monica Kaufman’s Close-Ups” which features in-depth interviews with nationally known celebrities and world leaders. She spent 37 years of her life on TV.

In this article, we will be talking about her net worth, career, family, relationship, and much other information that you want to know about her

Monica Kaufman was born in the United States. Monica has not revealed her date of birth until now. However, looking at her pictures and appearance, Monica Kaufman’s age seems to above 50+. But, the info may not be correct as it just our guess, but, we will update the exact date when the information will be available.

Monica is of African-American descent. Monica was born to Hattie Wallace Jones Edmondson and Maurice Jones. She has not given any insight into her childhood until now. It seems that she is very focused on her career.

Monica holds a B.A. degree in English from the University of Louisville.

Talking about his relationship status, She is married to DeKalb County Police captain John Pearson. The couple got married in 2005 and after the marriage, Monica changed her name to Monica Pearson from Monica Kaufman. The couple also has a daughter named Claire and is living a great life together. Monica was previously married to a guy named Gerald Kaufman however, the couple got separated.

At the beginning of her career, she took a job with a bank but she didn’t work there for a long time. She then walked into the newspaper office of Louisville Times and applied for the position of clerk. She was hired and it didn’t take much time for her to move up to a reporter’s desk. She also managed to get an interview at Louisville’s NBC affiliate, WAVE-TV, but its news director told her that she lacked skills and needs to stay in newspapers.

While doing one of her assignments in the charm-school course, she caught the attention of the news director for a rival television station in Louisville. The Director thought Monica Kaufman possessed a winning combination of poise and verve and soon was hired as a reporter and news anchor at WHAS, the city’s affiliate, in 1973, and was lured to Atlanta, Georgia, two years later to serve as the new nightly news anchor at WSB-TV, an ABC affiliate. In 1975, She made her debut at The Atlanta Station making her the first African-American anchorperson in the city’s broadcast history.

In the mid-1980s, Monica began conducting interviews with local movers and shakers which was called “Monica Kaufman’s Close-Ups”. The show netted her a few of the record twenty-eight local Emmy awards she would collect over a long career. By the time her twenty-fifth anniversary at WSB neared in August of 2000, she has been on the air longer than any other local journalist in Atlanta and was one of the longest-serving news anchors in the U.S. market.

Monica Kaufman stands at the height of 5 feet and 6 inches. However, the information regarding her weight remains unknown. Monica looks very attractive with beautiful Dark Brown eyes and Colored hair. Also, she has an Average body physique. The details regarding her body measurements remain unknown.

Journalist/TV anchor: As Monica has already retired from her profession, it is obvious that she does not earns any more however, during her working days she might have earned a handsome income through it.

Q: What is Monica Kaufman’s age?

A: Monica Kaufman has not revealed her age until now

Q: What is Monica Kaufman’s height?

A: Monica Kaufman’s height is 5 feet and 6 inches.

Q: Who is Monica Kaufman’s Husband?

A: Monica Kaufman is Married at the moment.

Q: What is Monica Kaufman’s Net Worth?