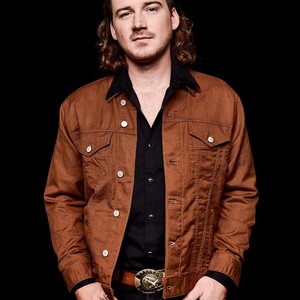 Morgan Wallen is one of those singers who has won the heart of many through his songs and music. He started his career from The Voice and now he has become one of the most popular singers at the current time.

Today, we will be talking about this amazing singer and many interesting facts about him. His family, age, career, education, and many more.

Morgan Wallen was born on May 13, 1993, in Sneedville, Tennessee. Morgan is of Caucasian descent. Morgan’s father was a Baptist Pastor while his mother Lesli Wallen was a teacher.    Ever since Morgan was a kid, she was passionate about singing. He had a childhood in a very caring and loving environment. His parents were really supportive and attentive about his needs. In simple words, he got a childhood that surely made him the talented and successful person he is right now.

He studied at Gibbs High School. In high school, Morgan was very passionate about baseball. He used to pitch for his high school team and was good enough to earn offers to play college on a scholarship but later because of an injury he had to leave baseball and started pursuing a career in music.

Now talking about his relationship status, Morgan is most probably single at the moment. He has not shared any information about him dating anyone at the current time. However, previously he was dating a social media influencer named KT Smith and also runs a blog called Thot Thoughts. It is not known where or when the two met each other, however, there are a few photos of them together dating back to 2017. The couple had also been engaged to each other but later got separated. In July of 2020, Morgan revealed that he had a son which surprised many of his fans and followers. He brought a baby boy Indigo Wallen into this world with his ex-girlfriend KT Smith.

Morgan had an interest in music since he was a kid. He started singing in church at a very young of three and took up the violin at the age of 5. Eventually, he learned to play guitar and piano. His passion for music started to grow with his age. In February, Morgan participated in a famous singing reality show called The Voice. He joined the team of famous singer Usher in the voice but after the second battle round, Morgan was stolen By Adam Levine’s team. Morgan made it till the playoffs but could not make it through the playoffs. Though was not able to win the show, he made sure to win the heart of many people through his songs.

The Voice gave Morgan an identity as a singer and nationwide popularity.
After The Voice, Morgan singed to Big loud Records where he released his debut album which was titled if I Know Me in 2018. The album was a moderate commercial success and reached number 13 in the United States. Morgan’s sophomore album, Dangerous: The Double Album was released in January 2021 and topped the charts in multiple countries. His single, “7 Summers” reached the top 10 of the charts in the United States and Canada.

Morgan Wallen stands at the height of 5 feet and 10  inches. However, the information regarding his weight remains unknown. Morgan looks very attractive with beautiful Dark Brown eyes and Dark Brown hair. Also, she has an Athletic body physique. The details regarding his body measurements remain unknown.

Singer: He has not disclosed his exact income until now. However, according to www.recruiter.com  an average salary of a singer is estimated to be in a range between $45,000 – $65,000.

Sponsorship: As she has more than 2.1 million followers on her Instagram account, advertisers pay a certain amount for the post they make. Considering her latest 15 posts, the average engagement rate of followers on each of her posts is 19.76%. Thus, the average estimate of the amount she charges for sponsorship is between $4,326.75 – $7,211.25.

Merchandise: Also, Morgan sells her own merchandise via morganwallen.lnk.to. Her merchandise price range is $5 – $45 which is very affordable and gets sold out time and again.

YouTube: Currently, Morgan has more than 833k subscribers on her channel with more than 845.3 million views until now.

According to socialblade.com, from her YouTube channel, Morgan earns an estimated $88.9K – $1.4M in a year.

Q: What is Morgan Wallen’s birthdate?

Q: What is Morgan Wallen’s age?

Q: What is Morgan Wallen’s height?

Q: Who is Morgan Wallen’s Girlfriend?

A: Morgan Wallen is Single at the moment.

Q: What is Morgan Wallen’s Net Worth?

Morgan was arrested in May 2020 for public intoxication and disorderly conduct and later apologized stating “didn’t mean any harm”.

During the COVID- 19 pandemic, he received backlash on social media after videos of him emerged partying at a bar in Tuscaloosa, Alabama. a week before his scheduled debut on Saturday Night Live on October 10, 2020; Wallen was shown maskless, violating social distancing recommendations, and kissing college-age women because of which his appearance was postponed for violating the show’s COVID-19 protocols and was replaced with American singer-songwriter Jack White.

On February 2, 2021, TMZ posted a video clip showing Wallen using a racial slur with friends as they were entering his Nashville Home. Following the backlash on the internet, Wallen admitted to using the racial slur and posted an apology.