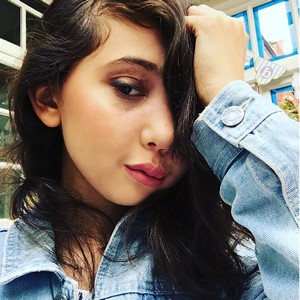 “If there is a will, there is a way” quote perfectly applies for an 11 years old, London-based beauty vlogger Nikki Lilly. Despite suffering from the Arteriovenous malformation (More about it below), she has not stopped posting makeup tutorials, baking tips and beauty product hauls on her YouTube channel because of it. While many people suffering from it tend to stay away from social interaction, she has rather been vocal and raising awareness about it. Her positivity has been an inspiration to many which is why she has earned a lot of admirers over the years. Let us know more about her down below.

Nikki Lilly is a British YouTuber who has earned a lot of fame for his makeup tutorial and tricks, beauty tips, product reviews and travel vlogs which she uploads in her channel, Nikki Lilly. Right now, she has earned more than 610k subscribers. Not just that, her channel has garnered a total of more than 44 million views from her videos.

Other than YouTube, she has lots of fan followings on her various social media platforms. Also, she has more than 131k  followers on her Instagram alone at the time of writing this article.

Nikki was diagnosed with a rare condition named Arteriovenous malformation when she was around six years of age. It means that the connection between arteries and veins inside her face is abnormal which makes her face swollen. Due to this, she often bleeds heavily through her nose which is often life-threatening. She has to go through numerous surgeries and medical treatments.

Despite everything she says,” It was quite scary, I did feel sorry for myself at first, but then I realized there are so many things I can do.” This statement says a lot about her strong personality and positivity at such a young age. After starting and sharing her experiences on her YouTube channel, she gained worldwide support for her courage.

Sibling:    She has a sister named Natasha and a brother named Alex.

Education:    She is still pursuing her earlier education given her age.

At the moment, she mostly sells a custom-made T-shirt, hoodies and other accessories with various stickers and prints. The prices of the merchandise range from 20 – 40-pound sterling which is very affordable and gets ‘sold out’ time and again.

So is the case for Nikki Lilly, as most of her earnings and incomes come from YouTube. The subscribers and viewers count of her has risen significantly over the years.

Currently, she has more than 610k subscribers on her channel with an average of 128,035 views daily.

Net Worth: According to socialblade.com, from her YouTube channel, she earns an estimated $5.7k – $91.6k in a year calculating the daily views and growth of subscribers.  Thus, evaluating all her income streams, explained above, over the years, and calculating it, Nikki Lilly’s estimated net worth is still not calculable, as she is still very young.

Nikki Lilly started her YouTube channel on April 25, 2013 and uploaded her first video titled “My first attempt at singing! , “Over the Rainbow ” when i was 8!.” Since then she has been uploading various makeup tutorial and tricks, beauty tips, product reviews and travel vlogs.

Till now, out of all her videos, “My Brother Does My Makeup! | Nikki Lilly” is the most popular videos in her channel. It has racked more than 7.2 million views as of now.

At the moment, her channel is growing day-by-day with over 610k following her video content. Also, she is consistent in uploading videos as she uploads videos once or twice a week.