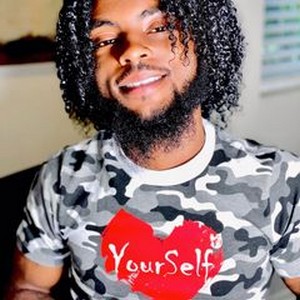 Unlike many artists today that seem to pop up by day and disappear by night, Niko Khale is quite the opposite. starting his career early in 2005, Niko is still one of the famous pop singers.

In this article, we will be talking about many interesting information about him like his family, education, career, relationship, and many more.

Niko Khale was born on October 17, 1995, in Washington, DC. Niko is of African-American descent.   His parents have been featured on his social media accounts. But, further information about his parents such as their names and what they do remains undisclosed. He has a brother named Sean. Ever since Niko was a kid, he was passionate about music. He has not given any insight into his childhood until now. It seems that he is very focused on his career.

Talking about Niko’s relationship status, he is currently in a relationship with Keyshia Cole. Keyshia is also a famous singer who has won numerous awards and nominations for her songs and music including Grammy Award nomination. Her first-ever album The Way It Is, Platinum status in 2005. Previously, Keyshia was married to professional basketball player Daniel Gibson From May 2011 but they got separated in May 2017. Keyshia and Daniel had a son named Daniel Jr. The couple has been together for a long time now and the couple got blessed with a son named Tobias Khale on August 1st, 2019.

Niko started his career under the name Ace Primo. He began releasing songs, freestyles, and remixes to his Myspace page in 2005. Niko quickly gained the attention of people all around the world and even some of the industry’s top music Executives. In 2008, Niko captured the attention of the famous music producer Rodney “Darkchild” Jerkins and also got an opportunity to work with him. He learned many things related to music while working with Rodney which helped him to flourish as a complete well-rounded artist/songwriter. Later, Niko changed his performing name to his real name because wanted to leave a legacy that would be tied to his real self.

Niko launched his career from there and since then he has released a number of songs. Some of his popular hits include “Something Changed About you” and “Truth Is.” His relationship with famous singer and songwriter Keyshia Cole also helped his popularity to grow. In 2018, Niko released his album On My Own, which featured the songs like ” War Ready” and “Water Under The Bridge.”
Niko released his latest album on October 12, 2020, titled “Tomorrow.”

Niko Khale stands at the height of 5 feet and 5 inches. However, the information regarding his weight remains unknown. Niko looks very attractive with beautiful Dark Brown eyes and Dark Brown hair. Also, he has an Athletic body physique. The details regarding his body measurements remain unknown.

Singer: She has not disclosed any information about his income and earnings however, according to www.recruiter.com . the average income of a singer is estimated to range from $45,000 to $65,000.

Sponsorship: As he has more than 400k followers on his Instagram account, advertisers pay a certain amount for the post they make. Considering his latest 15 posts, the average engagement rate of followers on each of his posts is 0.95%. Thus, the average estimate of the amount he charges for sponsorship is between $1,193.25 – $1,988.75.

Merchandise: Also, Niko sells her own merchandise via www.nikokhale.com. Her merchandise price range is $15 – $45 which is very affordable and gets sold out time and again.

YouTube: Currently, Niko has more than 7.36k subscribers on her channel with more than 363,473 views until now.

According to socialblade.com, from his YouTube channel, Niko earns an estimated $26  –  $410 in a year.

Q: What is  Niko Khale’s birthdate?

Q: What is  Niko Khale’s height?

Q: Who is  Niko Khale’s Girlfriend?

A:  Niko Khale is In a relationship at the moment.

Q: What is  Niko Khale’s Net Worth?