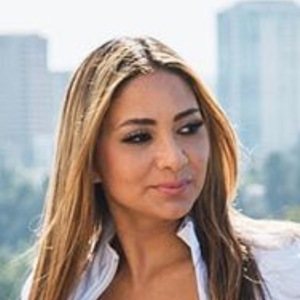 Nina Gray is an American Doctor and Social media star who gained a lot of popularity and limelight after her appearance alongside her daughter, Nicolette Gray, in the popular reality channel Dr. Phil as well as ITV’s This Morning with her daughter Nicolette. They became an overnight sensation for her daughter’s demand for 5000$ of allowance per month.


After her appearance on the show, she has already earned more than 82k subscribers on her Instagram till now. Besides her fame, she is the Founder and CEO of Dental Plus located in California.

Nina Gray makes a lot of money through her business and as a CEO of Dental Plus, making her able to afford the expensive demands of her daughters.  Also, she stays in the prime location of the Beverly Hills where the property value is extremely high.

According to mylife.com, her multiple businesses brings her an estimated $250k+ in a year. Thus, her estimated net worth is $3 million.

Relationship Status:  Not revealed yet

Husband’s name:  Due to her preference to keep her work in the limelight, she has not revealed her partner or relationship status at the moment.

Present status:  Given her age, she might be committed in a relationship or even married. However, her preference to keep her personal life out of the limelight makes her relationship status questionable. Looking through her Instagram, she seems to be single and enjoying her life with her daughters. It is only a matter of time she decides to share her personal life to her followers.

Childhood  ➨   She has not given any insight into her childhood until now. It seems that she is very focused on her career.

She completed her graduation from Tufts University School of Dental Medicine in 2001. Moreover, she also acquired a BA in Psychology from the University of California in 1997.