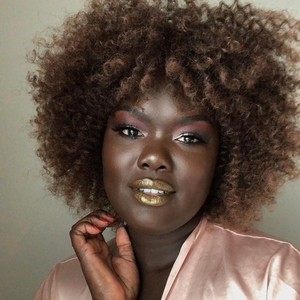 Nyma Tang is a Sudanese YouTuber who is best-known for uploading makeup tutorial and tricks, beauty tips, product reviews and travel vlogs in her channel, Nyma Tang. At the moment, she has earned more than 745k subscribers as of June 2018. Also, her channel has garnered a total of more than 50 million views as well.

Besides YouTube, she has lots of fan followings on her other social media platforms. Also, she has more than 280k followers on her Instagram alone at the time of writing this article.

As a YouTuber, she has multiple income streams such as Sponsorship, endorsement, merchandise and YouTube ads itself. She is getting a lot of income through sponsorship deals from various brands and products as well as selling her own merchandise. As a result, she is making lots of money and fortune which add to her overall net worth. However, it is still not possible to depict her net worth for now as sponsorship deals are secretive in nature.

Sibling:    She has a younger sister who has appeared in her YouTube video.

Nyma Tang started her YouTube channel on July 12, 2013, and uploaded her first video on October 29, 2016 titled “Top 5 Time Management Tips + Anxiety.” Since then she has been uploading various makeup tutorial and tricks, beauty tips, product reviews and travel vlogs

Till now, out of all her videos, “Fenty Beauty Pro Filt’r Foundation Review|| Nyma Tang #thedarkestshade” is the most popular videos in her channel. It has racked more than 8.9 million views as of now.

At the moment, her channel is growing day-by-day with over 745k following her video content. Also, she is consistent in uploading videos as she uploads videos once or twice a week.