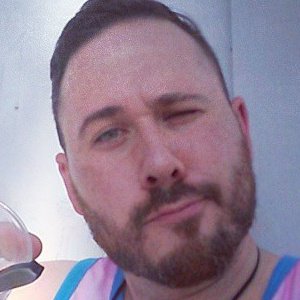 OmarGoshTV is a YouTube star who has gained massive popularity by creating contents on horror videos. People are scared to even think of exploring haunted homes, and here comes OmarGoshTV who often explores, stays overnight, and does incredibly exciting and terrifying stuff in the haunted place. His bravery and entertainment have given him the spotlight that he desired from the very beginning.

OmarGoshTV is an American YouTuber who is best-known for uploading horror videos, pranks, challenges, reaction, comedy videos and vlogs in his channel, OmarGoshTV. Right now, he has earned more than 2.6 million subscribers. Not just that, his channel has garnered a total of more than 381,249,136  views from his videos. Other than YouTube, he has lots of fan followings on his popular social media platforms. Also, he has more than 251k followers on his Instagram alone at the time of writing this article.

OMAR is a very brave and emotionally strong man who is 36 years old. He is admired for the horror contents he provides on his channel by exploring haunted places. He has a beautiful wife and three children. Even though he doesn’t post much about his wife, but his love for her is immense and deep. Similarly, he is very attached to his children such that he often posts pictures of them, expressing how much they mean to him.

At the moment, they are very happy with each other. They have a complete family of five, which makes their relationship even better and stronger. The pictures and the places they travel together are the proof that they want to spend more time with each other, and create more memories. 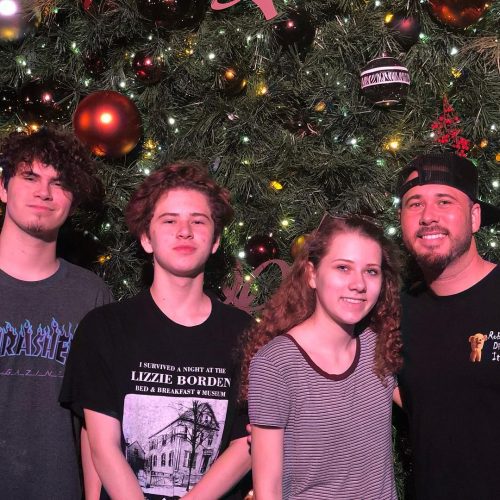 Sponsorship: As he has more than 251k followers on his Instagram account, advertisers pay a certain amount for the post they make.  Considering his latest 15 posts, the average engagement rate of followers on each of his post is 5.03%. Thus, the average estimate of the amount he charges for sponsorship is between $753.75 – $1,256.25.

At the moment, he mostly sells a custom-made T-shirt, hoodies and other accessories with various stickers and prints. The prices of the merchandise range from $20-490 which is very affordable and gets ‘sold out’ time and again.

YouTube: YouTube has been a platform where people can work by connecting with viewers and getting paid for the ads viewers watch in the process of watching their videos.  So is the case for OmarGoshTV, as most of his earnings and incomes comes from YouTube.

The subscribers and viewers count of his has risen significantly over the years.  Currently, he has more than 2.6 million subscribers on his channel with an average of 294,392 views daily. According to socialblade.com, from his YouTube channel, he earns an estimated $26.5K – $423.9K in a year calculating the daily views and growth of subscribers.

Thus, evaluating all his income streams, explained above, over the years, and calculating it, OmarGoshTV’s estimated net worth is $900,000-$1,000,000.

Sibling:    He has a younger brother and sister. He is the oldest among three.

Childhood:    He had a very caring and loving environment during his childhood. His parents were really supportive and attentive to his needs. In other words, he had a childhood that made him a talented and independent man.

Education:    He earned his degree from the University of South Florida subjective to videography/film.

OmarGoshTV started his YouTube channel on Nov 28, 2011, and uploaded his first video titled “Fixing the leak | OmarGoshTV.” Since then he has been uploading various horror videos, pranks, challenges, reaction, comedy videos, and vlogs.

Till now, out of all his videos, “NOT HAVING ENOUGH MONEY EXPERIMENT – FAITH IN HUMANITY RESTORED | OmarGoshTV” is the most popular videos in his channel. It has racked more than 12 million views as of now.

At the moment, his channel is growing day-by-day with over 2.6 million following his video content. Also, he is consistent in uploading videos as he uploads videos 3-4 times a week.