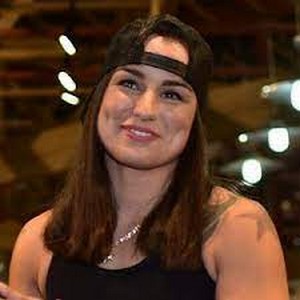 Despite the fact that the world has always been hesitant to welcome women into the land of sports, many women have carved their names in the history of different sports and Raquel is one of them. Raquel Pennington is an American mixed martial artist who competes in the Ultimate Fighting Championship bantamweight division.

Today, we have assembled some interesting facts about her along with information about her family, relationship, net worth, and many more.

Raquel Pennington was born on September 5, 1988, in Colorado, United States. Raquel is of Caucasian descent. Her mother’s name is Rose Pennington. However, more details about her parents are not revealed yet.    Ever since Raquel was a kid, she was passionate about sports. She had a childhood in a very caring and loving environment. Her parents were really supportive and attentive to her needs. In simple words, she got a childhood that surely made her a talented and independent woman.

Rachel attended Harrison High School and graduated in 2007. After graduating from high school, she attended the University of Colorado Colorado Springs.

As Raquel has earned such huge fame and popularity as an MMA fighter, it is obvious that people would want to know about her relationship status as well.

First, let’s talk about her sexual orientation. Raquel is openly lesbian and is engaged to UFC strawweight Tecia Torres. As of now, She is #10 in the UFC women’s strawweight rankings.  The couple got engaged in 2017 and are living a happy life together as a couple since then.

Raquel started training martial arts at the age of 19. From 2009 to 2011, she fought in amateur MMA where she lost one fight out of eight. In March 2012, Raquel made her debut against Kim Couture as a profession and won the fight by TKO.  She continued her fighter career with the Invicta Fighting Championship for a year from 2012.

In August 2013, Raquel got into the UFC as a cast member for The Ultimate Fighter: Team Rousey vs. Team Tate. She defeated Tonya Evinger and was the third female pick of Team Tate. Raquel faced Jessamyn Duke in the Elimination round. Raquel defeated Jessamyn via a unanimous decision and got into the finals. In the finals, Raquel fought against Jessica Rakoczy and lost the fight.

She made her promotional debut against TUF 18 teammate Roxanne Modafferi at the Ultimate Fighter 18 Finale and won the championship by unanimous decision. On March 15, 2014, she faced Jessica Andrade at UFC 17. She lost the match against Jessica by a split decision. On December 6, 2014, Raquel faced Ashlee Evans-Smith and won the fight via technical submission due to a bulldog choke at the end of the first round becoming the 4th fighter in the UFC history to finish a fight with that move. On February 28, 2015, she lost the match against holly Holms by a split decision at the UFC 184.

On May 12, 2018, She fought the UFC Women’s Bantamweight Championships against Amanda Nunes and lost the fight in the fifth round by TKO.

Raquel Pennington stands at the height of 5 feet and 5 inches. 61 kg Raquel looks very attractive with beautiful Dark Brown eyes and Dark Brown hair. Also, she has an Athletic body physique. The details regarding her body measurements remain unknown.

MMA fighter: She has not shared any information regarding her income or earnings until now. However, according to themmaguru.com  the average income of an MMA fighter is estimated to be around $138,250.

Sponsorship: As she has more than 119k followers on her Instagram account, advertisers pay a certain amount for the post they make. Considering her latest 15 posts, the average engagement rate of followers on each of her posts is 0.95%. Thus, the average estimate of the amount she charges for sponsorship is between $355.5 – $592.5.

Q: What is Raquel Pennington’s birthdate?

Q: What is Raquel Pennington’s age?

A: Raquel Pennington is 33 years old.

Q: What is Raquel Pennington’s height?

A: Raquel Pennington’s height is 5 feet and 5 inches.

Q: Who is Raquel Pennington’s fiance?

A: Raquel Pennington is Engaged at the moment.

Q: What is Raquel Pennington’s Net Worth?