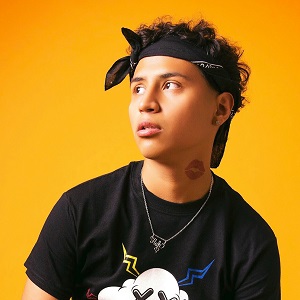 Runik TV is an American YouTuber who is best-known for uploading pranks, challenges, reaction, comedy videos and vlogs in his channel, Runik TV. At the moment, he has earned more than 750k subscribers as of June 2018. Also, his channel has garnered a total of more than 75 million views as well.

Besides YouTube, he has lots of fan followings on his other social media platforms. He has more than 650k followers on his Instagram alone as of August 2018.  Before YouTube, he was diagnosed with cancer. Many popular YouTuber called him out in their videos to support him to raise funds for his cancer treatment. Fortunately, due to his fighting spirit, he is now cancer free. His real name is Mike Castillo.

Runik TV started his YouTube channel on February 24, 2015 and uploaded his first video on August 30, 2017 titled “Runik Cancer Journey (8-30-2017).” Since then he has been uploading various pranks, challenges, reaction, comedy videos and vlogs

Till now, out of all his videos, “Lacing Trey PRANK on Ar’mon & FunnyMike *VERYFUNNY” is the most popular videos in his channel. It has racked more than 3 million views as of now.

At the moment, his channel is growing day-by-day with over 750k following his video content. Also, he is consistent in uploading videos as he uploads videos once or twice a week.

Runik TV’s NET WORTH AND SALARY