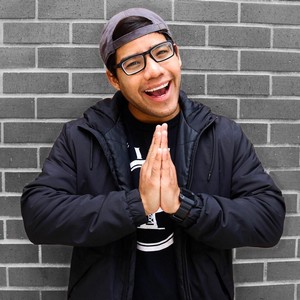 Many YouTube opts to scripted pranks to gain views. But, his contents and pranks are very original giving every explanation needed to clarify the legitness of his videos. Out of his varied content, ‘Gold Digger’ series is the most popular. His videos are to the point, entertaining and all in all, very engaging. Keep reading to know more about him.

Sergio Mejia is an American YouTuberYouTuber who has earned a lot of fame for his pranks, challenges, reaction, comedy videos and vlogs which he uploads in his channel, UDY. Right now, he has earned more than 2.89 million subscribers. Not just that, his channel has garnered a total of more than 250 million views from his videos. Other than YouTube, he has lots of fan followings on his various social media platforms.

Also, he has more than 131k  followers on his Instagram alone at the time of writing this article. The real meaning of his channel’s name UDY is Underrated Distinct YouTuber. However, given the fame and attention he has got, he is not underrated YouTuber at all.

At the moment, he mostly sells a custom-made T-shirt, hoodies and other accessories with various stickers and prints. The prices of the merchandise range from $15 – $20 which is very affordable and gets ‘sold out’ time and again.

So is the case for  Sergio Mejia, as most of his earnings and incomes comes from YouTube. The subscribers and viewers count of his has risen significantly over the years.

Currently, he has more than 2.89 million subscribers on his channel with an average of 865,373 views daily.

Net Worth: According to socialblade.com, from his YouTube channel, he earns an estimated $27.2k – $434.8k in a year calculating the daily views and growth of subscribers.  Thus, evaluating all his income streams, explained above, over the years, and calculating it,  Sergio Mejia’s estimated net worth is anywhere between, $400k – $500k.

Sergio has been helping a lot of people to check whether their partner is faithful or not. Those who help others deserve better things in life right? Yes, same is the case for Sergio Meija as he is in a romantic relationship with a beautiful woman named ?????? ?????. She is a very talented dancer and posts her choreographies on her own Instagram account.


Not just that, they have been together since high school. Also, she has played a crucial role as a videographer to get to the success level they are experiencing at the moment. They have helped each other in building their career as well.

At the moment, he is living a happy and prosperous life with a fantastic career and a wonderful family. He often posts photos of his love in his social media showing his innate and unconditional love for her. 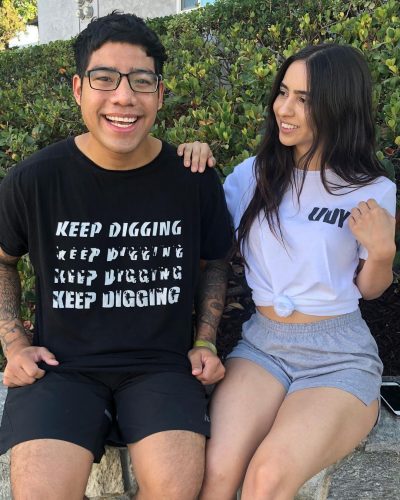 Father:      His father has been featured in his Instagram posts. But, the name of his father has not been revealed yet.

Mother:    His mother has been featured in his Instagram posts. But, the name of his mother has not been revealed yet.

Sibling:    He has one older brother and two younger siblings.

Sergio Mejia started his YouTube channel on March 25, 2014, and uploaded his first video titled “Recalling People’s Phone Prank!.” Since then he has been uploading various pranks, challenges, reaction, comedy videos, and vlogs.

Till now, out of all his videos, “Gold Digger EXPOSED! Prank GONE WRONG!!! PEPPER SPRAYED! | UDY Pranks” is the most popular videos in his channel. It has racked more than 12 million views as of now.

At the moment, his channel is growing day-by-day with over 2.89 million following his video content. Also, he is consistent in uploading videos as he uploads videos one to two times a week.