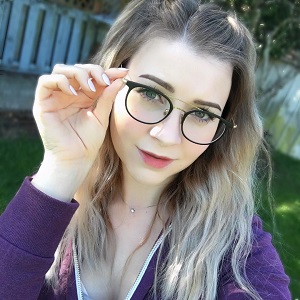 Living in a foreign land is not an easy job where everything is different. But, Sharla lived and loved living in Japan and South Korea as well, which are on the other side of the world from her homeland, for more than 12 years. She started sharing her experiences via YouTube which made her very popular among people who want to know more about Japan.

Sharla is a Canadian YouTuber who is best-known for uploading travel vlogs and videos related to lifestyle, culture, and foods in Japan and South Korea in her channels, Sharla in Japan and Sharmender. At the moment, she has earned more than 620k subscribers as of June 2018. Also, her channel has garnered a total of more than 76 million views as well. Besides YouTube, she has lots of fan followings on her other social media platforms. Also, she has more than 147k followers on her Instagram alone at the time of writing this article.

Later on, she moved into South Korea after a massive earthquake struck in Japan. After moving into South Korea, she opened a new channel under the named Sharmander. The channel has already earned more than 432k subscribers.

Girlfriend’s name:    Due to her preference to keep her work in the limelight, she has not revealed her partner or relationship status at the moment.

Sponsorship: As she has more than 147k followers on her Instagram account, advertisers pay a certain amount for the post they make. Considering her latest 15 posts, the average engagement rate of followers on each of her post is 5.83%. Thus, the average estimate of the amount she charges for sponsorship is between $442.5 – $737.5.

Childhood:    Not much is known about her early life and childhood. She has not given much information about it till now. However, she used to travel frequently in Japan which made her fall in love with the place since a young age.

Sharla in Japan started her YouTube channel on December 11, 2010 and uploaded her first video on September 8, 2011 titled “カナダ人の日本語ブログ★ University Exchange in Japan.” Since then she has been uploading various travel vlogs and videos related to lifestyle, culture and foods in Japan.

Till now, out of all her videos, “LOVE Hotels in Japan ♥ ラブホに行ってみました！” is the most popular videos in her channel. It has racked more than 5.9 million views as of now.

At the moment, her channel is growing day-by-day with over 620k following her video content. Also, she is consistent in uploading videos as she uploads videos as its been more than 8 months she last uploaded her video. a week.