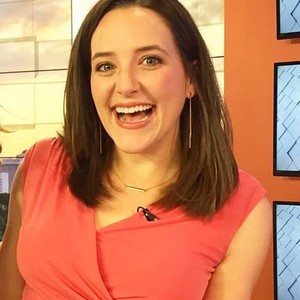 Shelby Latino is a beautiful meteorologist who has a passion for weather since a young age. When the destructive Katrina and Rita hurricane struck in 2005, her desire to know more about weather made her a meteorologist. Fortunately, with all her hard work and charming presence in TV, made her one of the rising meteorologists in the US.

Shelby Latino was born in 1991. She is a native of Southern Louisiana, who grew up in Covington. After earning her meteorology degree she started working as a meteorologist. She earned a lot of popularity for her work and contribution as a meteorologist in the popular news channel, FOX 8.

Childhood:    She had developed a passion for weather since a young age. When the destructive Katrina and Rita hurricane struck in 2005, her desire to know more about the weather. Also, her parents were always supportive of her needs and passion and gave everything to make her reach the success she is experiencing at the moment.

Education:    Shelby completed her high school education from the Fontainebleau High School. After that, she enrolled at Mississippi State University and graduated with a degree in Professional Meteorology.

Shelby Latino’s relationship is also as good as her career. At the moment, she is married to a doctor. However, she has not revealed the name of her husband despite posting a lot of photos of him. It seems that he is a person who likes to remain offline and stay away from social media. Regardless, they have been happily married since November 2015. The cute and happy couple has been blessed with a beautiful named Jenna.

During the summer while at her junior year, she worked as an intern with FOX 8’s Chief Meteorologist Bob Breck. There she learned his forecasting and story-telling methods. Shelby gives credit to Bob for encouraging her to take her first on-air job.


After completing her intern, she worked as a meteorologist in Mississippi. Eventually, she won first place awards for her contribution by the Associated Press and Broadcast Education Association. After graduating from the Mississippi State University, she moved Fresno, CA and she started working as the weekday morning as well as midday meteorologist.


In November 2015, she went back to her home for her wedding. Fortunately, she was given the opportunity to work for FOX 8 Weather Center. At the moment, she is working a weather forecaster covering weather news and forecasts.

She has not won any major awards till now. But, the progress she is making in her career will surely land her some big awards in coming days.

Shelby Latino is one of the rising meteorologists in the US. She is the key meteorologist for the FOX 8 channel. However, the exact details of her paycheck there is only up to her. Regardless, according to nuevoo.com, the average salary of the experienced meteorologist make up to $107,528 in a year. Thus, calculating with the given numbers, Shelby Latino’s estimated net worth is anywhere between $600,000 – $700,000.