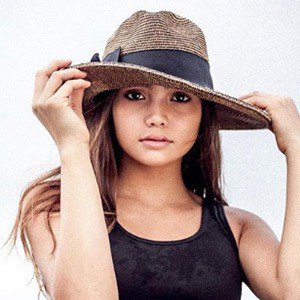 Siena Agudong is overloaded with ‘cuteness.’ Her cute and sweet appearance has landed her big roles in Nickelodeon’s popular series such as Nicky, Ricky, Dicky & Dawn and Star Falls. Behind this cuteness, there lies an immense acting talent, due to which she has earned a lot of praise and her career is well-off. It won’t be a surprise to see her in big roles and get even more popular in the coming days.

Siena Agudong is an American TV actress, who has gained a lot of praise and recognition after her appearances in  Nicky, Ricky, Dicky & Dawn, Star Falls and Netflix’s No Good Nick. She stepped into the acting industry after landing the role of Lulu Parker in ABC’s hit series, Killer Women. Not only that, she has created her own comedy webisodes which she uploads on her own YouTube channel.

Sponsorship: As she has more than 134k followers on her Instagram account, advertisers pay a certain amount for the post they make. Considering her latest 15 posts, the average engagement rate of followers on each of her post is 14.07%. Thus, the average estimate of the amount she charges for sponsorship is between $406.5 – $677.5.

Acting: As a talented young actress, she earns a lot of money from her appearances in various TV shows and movies. However, as a child actor, it is hard to pinpoint the accurate pay she gets. So, her rise is still so fresh and opportunities lining up, it is hard to properly estimate her net worth at the moment. However, her net worth is growing a lot as she is appearing in various TV shows and movies. If you still want to know, her rough estimate is anywhere between $40k – $50k.

Boyfriend’s name:    Connor Finnerty: He is a talented dancer who has appeared and worked for world-famous artists such as Meghan Trainor, Derek Hough, and Zac Efron.

Present status:    Siena and Connor started dating since 2018. People often get surprised and doubt that their relationship will last as they are very young to be in a relationship. However, by the looks of their activities, their love seems to be very strong for each other. They frequently post photos of each other on their social media accounts expressing the love they have for each other. It is in the hand of future to know if they will decide to stick around with each other. For now, they are going very strong without any sign of problems hovering over their relationship.

Mother:    Her mother’s name is Karen. She frequently posts the photos of her mother on her social media accounts.

Sibling:    She grew up alongside her older sister named Sydney.

Education:    Given her young age, she is currently on her school days. However, she has not mentioned anything about where she studies till now.