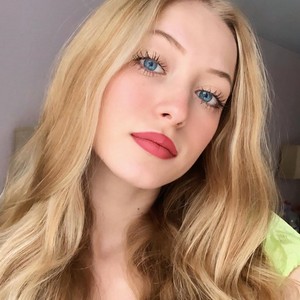 There is no denying the fact that Sophia Diamond is one of the prettiest social media stars. She is really no less than an angel. It is hard not to notice that big luscious blue eyes and that seemingly perfect body physique. That is the reason why her millions of people are following her be it on Instagram or TikTok. She really is one of the shining stars in the world of social media. Now, let us know more about this gorgeous social media sensation, Sophia Diamond. 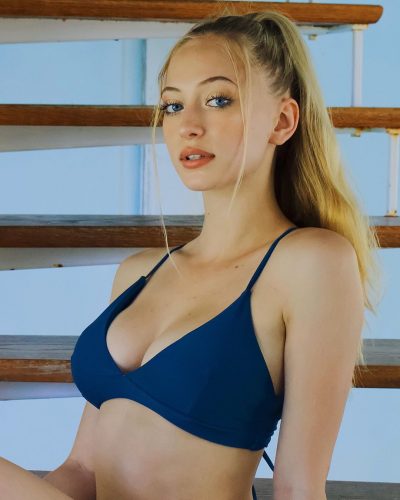 Sophia Diamond is a 20 years old Social Media Star, who was born on August 21, 2001. in Russia. Ever since Sophia was a kid, she was passionate and interested in gymnastics and fashion. As she grew up, Sophia became an Instagram star who earned a lot of fame and attention for hot and beautiful pictures and videos which she uploads on her Instagram account.  At the time of writing this article, Sophia has already amassed more than 1.2 million on Instagram alone.

Not just that, she has expanded her reach on TikTok as well and inevitably, she flourished on TikTok just like she did on Instagram. Surprisingly, her followers on TikTok has even surpassed her Instagram with more than 3.2 million followers.

2. She speaks three languages. Yes, given her involvement in different cultures and countries, she is able to speak three different languages fluently.  They are:

3. Meaning behind her name? In Russian, Dimentbarg is translated as Diamond. So, her mother kept that as her last name.

4. Her favorite music genre is RnB. She is a huge fan of “Weeknd” and most of her dance videos are also influenced by this genre.

5. She was bullied and she still is bullied. In her first YouTube video, she said that she was bullied in her childhood and this is much more in her high school due to her fame and popularity. However, she is doing very well to ignore such things.

She said, “Most people in school treat me like garbage for no reason. And I just ignore these people.”

6. Where she buys her fashion outfits and dresses? She mostly gets her clothing from H&M, Garage and Urban Planet. 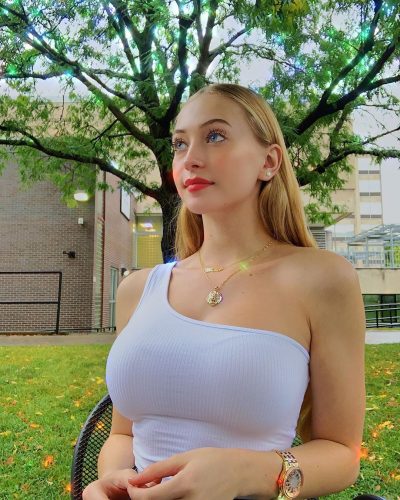 As one of the prettiest girls in the social media world, it is obvious that people would want to know about her romantic life. So, uncovering her romantic life, she used to date a guy named Kian Salehi. She featured him on her social media and they really looked happy with each other. However, as both of them were young, their relationship could not last as well.

In December 2018, she confirmed that she had broken up with Kian via Instagram live stream. She mentioned that the relationship was not working out and they broke up on good terms. Also, she handled the break-up quite well and with maturity.


Since then, she has kept her private life just up to her. She was not comfortable to make her life an open book. There is nothing that we can see about her relationship on any of her social media profiles. It may be that she wants to stay single and focus on her career at the moment.

What is Sophia Diamond’s NET WORTH and EARNINGS?

Considering Sophia’s latest 15 posts, the average engagement rate of followers on each of her posts is 6.88%. Thus, the average estimate of the amount she charges for sponsorship is between $2,494.5 – $4,157.5.

TikTok Sponsorship: Similar to Instagram, she has more than 3.2 million followers on TikTok. And, Sophia Diamond earns an estimated $1,948 – $3,247 per post from her TikTok.

Net worth: Thus, evaluating all her income streams, explained above, over the years, and calculating it, Sophia Diamond’s net worth is estimated to be around $200,000 – $300,000.

Mother:    Her mother has been featured on her Instagram posts. But, further information about her name and what she does remains undisclosed.

Education:    She has not disclosed much about her education and qualifications. She has completed her high school education but the details regarding where she studied remain unknown.

Q: What is Sophia Diamond’s birthdate?

Q: What is Sophia Diamond’s age?

A: Sophia Diamond is 20 years old.

Q: What is Sophia Diamond’s height?

A: Sophia Diamond’s height is 5 feet and 7 inches.

Q: Who is Sophia Diamond’s Boyfriend?

A: Sophia Diamond is single at the moment.

Q: What is Sophia Diamond’s Net Worth?