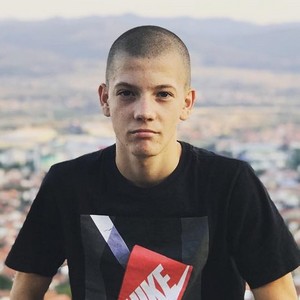 Stefan Jankovich was born on October 30, 2001, in Serbia. Ever since Stefan was a kid, he was always keen and passionate about rapping, music and making others laugh. As he grew up, he earned a lot of fame for his comedy videos, stories, challenge videos and pranks which he uploads in his channel, Janko.

Right now, Janko has earned more than 575k subscribers. Not just that, his channel has attained a total of more than 52 million views from his videos. Other than YouTube, he has lots of fan followings on his various social media platforms. Also, he has more than 350k  followers on his Instagram alone at the time of writing this article.

Considering Stefan’s latest 15 posts, the average engagement rate of followers on each of his post is 25.11%. Thus, the average estimate of the amount he charges for sponsorship is between $1,053 – $1,755.

So is the case for Stefan Jankovich, as most of his earnings and incomes comes from YouTube. The subscribers and viewers count of his has risen significantly over the years.

Currently, he has more than 575k subscribers on his channel with an average of 279,116 views daily.

Net Worth: According to socialblade.com, from his YouTube channel, he earns an estimated $4.6k – $73k in a year calculating the daily views and growth of subscribers.Thus, evaluating all his income streams, explained above, over the years, and calculating it, Stefan Jankovich’s estimated net worth is above $50k.

Sibling:    He has a brother named Dalibor.

Stefan Jankovich started his YouTube channel on December 17, 2015 and uploaded his first video titled “Moj prvi video! ?.” Since then he has been uploading various comedy videos, stories, challenge videos and pranks.

Till now, out of all his videos, “JANKO – I SAM ZNAŠ (Official Music Video)” is the most popular videos in his channel. It has racked more than 9.4 million views as of now.

At the moment, his channel is growing day-by-day with over 575k following his video content. Also, he is consistent in uploading videos as he uploads videos once a week.