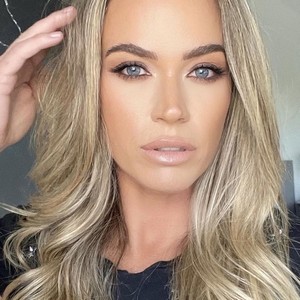 Teddi Mellencamp is an American reality star and also an accountability coach and a fitness influencer who is firstly known for being the daughter of the famous and singer John Mellencamp and also for appearing on The Real Housewives of Beverly Hills.

In this article, we will be highlighting some amazing and interesting facts and info about her. Read it until the end to know some facts that you have never heard about her.

Teddi Mellencamp Arroyave was born on July 1, 1981, in Bloomington, Indiana. Teddi is of Caucasian descent. His father is John Mellencamp. Yes, the famous legendary singer John Mellencamp. He is best known for his #1 hit song, “Jack & Diane.” John Mellencamp has been nominated for more than ten Grammy Awards and was inducted into the Hall of Fame in 2008 by Billy Joel. Teddi’s mother’s name is Victoria Granucci. She has four siblings Justice, Michelle, Speck, and Hud Mellencamp. Ever since Teddi was a kid, she was passionate about fashion and modeling. She had a childhood in a very caring and loving environment. Her parents were really supportive and attentive to her needs. In simple words, she got a childhood that surely made her a talented and independent woman.

As Teddi has earned such a tremendous fan following. It is apparent that many of her fans and followers would want to know about her relationship status as well.

Talking about her relationship status, she is married to a guy named Edwin Arroyave. We searched through the web and found out that Edwin is the CEO and founder of Skyline Security Management, Inc. We could not find the exact date the couple got married however, looking how close they are to each other they must have been together for a long time now and also they have two children a daughter named Slate and a son named Cruz. She also has a stepdaughter named Isabella.

As Teddi’s father is a singer who has been inducted into the Rock and Roll Hall of Fame, Teddi had got in-born fame and popularity. She was known widely for being the daughter of John Mellencamp.

Teddi touched the further height of fame when she joined Bravo’s The Real Housewives of Beverly Hills. he joined the cast on season 8, which was aired in 2018. Teddi is also known as an accountability coach and fitness influencer as well. She also hosts a podcast called Teddi Tea Podcast.

Teddi also owns a coaching and fitness company called All In By Teddi.

Teddi Mellencamp Arroyave stands at the height of 5 feet and 5 inches. However, the information regarding her weight remains unknown. Teddi looks very attractive with beautiful Dark Brown eyes and Blonde hair. Also, she has a Slim and Lean body physique. The details regarding her body measurements remain unknown.

Reality star: She has not mentioned any information about her income or earnings until now however according to moneywise.com  the average salary of a reality star is estimated to be around $100,000.

Sponsorship: As she has more than 944k followers on her Instagram account, advertisers pay a certain amount for the post they make. Considering her latest 15 posts, the average engagement rate of followers on each of her posts is 0.91%. Thus, the average estimate of the amount she charges for sponsorship is between $2,965.5 – $4,942.5.

Thus, calculating Teddi’s income streams, which we mentioned above, over the years, Teddi Mellencamp Arroyave estimated net worth is $600,000 – $700,000.

A: Teddi Mellencamp Arroyave’s height is 5 feet and 5 inches.

A: Teddi Mellencamp Arroyave is Married at the moment.

Q: What is Teddi Mellencamp Arroyave’s Net Worth?