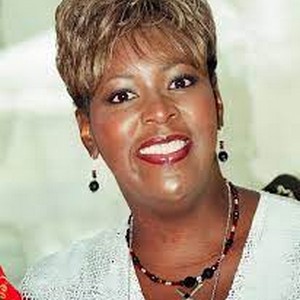 Tramaine Hawkins is an award-winning Gospel singer. she has a career that has gone around for over 5 decades. She is a two times Grammy Awards winner, 2 Doves winner, and 19 Stellar Awards winner.

In this article, we have gathered all the information there is to know about Tramaine Hawkins. We have covered her birthdate, family, education, romantic life, and net worth. So, stick to the end.

There is no information about Tramaine’s education and qualifications until now. Nevertheless, given Tramaine’s accomplishments, she appears to be well-educated.

Tramaine is one of the famous gospel singers. Her music has been a boon to this genre. She has earned a lot of fans and followers. So it is obvious that her fans would want to know more about her. Talking about her personal life, she is a married woman. She has got married twice. Earlier she got married to Walter Hawkins from 1971 until 1994. The couple has two children. A son, Walter “Jamie” Hawkins, and a daughter, Trystan Hawkins. Tramaine is already a grandmother. She has four granddaughters and three grandsons. But after 23 years of a long marriage, the couple decided to split. Walter Hawkins died of pancreatic cancer in July 2010.

At the moment she is married to her husband Tommie Richardson Jr. She has one stepson, Demar(Chastity), and two step-grandsons from his side.

While Hawkins was in her high school, she had a gospel group. It was called the Heavenly tones. The group recorded a couple of songs. And slowly her new musical journey was about to begin.

At the age of 17, Hawkins sang “Oh Happy Day”. With her unique and extensive vocal range, she was known as a featured soloist. In the 1980s she recorded a lot of singles and albums.

Hawkins was a member of Honey Cone. The group was a 1970s R&B/soul vocal group. She recorded the R&B hit “Want Ads”. She also sang with Andraé Crouch and The Disciples. She signed with A&M Records and released a pair of dance-oriented contemporary gospel albums in the mid-1980s. Her 1985 A&M debut The Search Is Over had songs which were dance numbers like “Child of the King,” “In the Morning Time,” and the monster club hit “Fall Down (Spirit of Love)”.

Hawkins’ song “Fall Down” was a massive success. But it was still an obstacle for her to make a mark in the gospel music community and audiences. She tried hard in between the years but could not leave a big mark. However, Hawkins had a comeback with her powerful release Still Tramaine. The album included traditional gospel songs. It also has a duet with the late Walter Hawkins called “It’s Your Power”.

Hawkins signed with Sparrow and delivered 1988’s The Joy That Floods My Soul with the opener “All Things Are Possible.” She was also requested to sing at the funeral of Sammy Davis, Jr. She was also a guest lead vocalist on “Spirits Dancing in the Flesh”.

After her comeback was well-received, Hawkins was set to reach heights of success. Following her comeback, she released To A Higher Place in 1994 which made her one of the first gospel artists to sign with Columbia Records.

Following this album’s release, Hawkins took a break from her musical career. She was given many respectable awards like the James Cleveland Lifetime Achievement Award, two Stellar Awards for Female Vocalist of the Year, and Traditional Female of the Year. She was included Gospel Hall of Fame

Tramaine Hawkins stands at the height of 5 feet and 5 inches. However, the information about Tramaine Hawkins’s weight remains unknown. Tramaine looks very attractive with beautiful Black eyes and Black hair. Also, she has an Average body physique. However, the detailed statistics showing Tramaine’s body measurements are not known.

Gospel Singer: She is a talented singer. According to glassdoor.com, a gospel singer in the USA earns $35,457 annually.

Thus, calculating Tramaine’s income streams, which we mentioned above, over the years, Tramaine Hawkins estimated net worth is $1.5 million – $2 million.

Q: What is Tramaine Hawkins’s birthdate?

Q: What is Tramaine Hawkins’s age?

A: Tramaine Hawkins is 70 years old.

Q: What is Tramaine Hawkins’s height?

A: Tramaine Hawkins’s height is 5 feet and 5 inches.

Q: Who is Tramaine Hawkins’s Husband?

A: Tramaine Hawkins is Married at the moment.

Q: What is Tramaine Hawkins’s Net Worth?

It is apparent that several bad information about figures like Tramaine Hawkins involving them spread here and there. Tramaine haters can make stories and attempt to take her down due to jealousy and envy. Yet, Tramaine has nevermore given much thought to it. Preferably Tramaine concentrates on positivity and love, Tramaine’s fans and followers give. Tramaine has done excellent work to keep herself distant from controversies until this day.