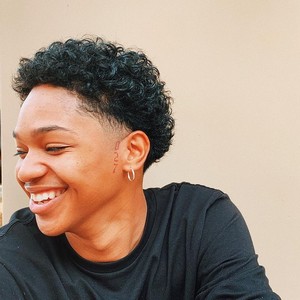 Trinidad Cardona is a famous R&B singer who  is widely known for his musical bathroom break hit titled “Jennifer.” His song Jennifer racked over 7 million views in a single day.

Here in this article, we have highlighted some of the interesting and amazing facts about him. So, make sure to read it till the very end.

Trinidad Cardona was born on May 23, 1999, in Arizona, United States. Trinidad is of Multi-racial descent.   He appears to be reserved about his parent’s history, so, he has not mentioned anything about his parents until now.  Ever since Trinidad was a kid, he was passionate about music. Trinidad had an uncommon childhood. While his father was in prison, he was raised by lesbian mothers. His moms provided him with a happy household where he could flourish and pursue his dream. But he was bullied at school because of the sexual orientation of his parents.

Trinidad had a deep love for music since he was a child However, he started to take music seriously when he was 16. He began writing songs, composing tracks, and singing them. In the beginning, Trinidad started to compose music just to pass time and as a way to escape boredom. As he created music he realized that his records were not bad and people listened to him. As time passed by, Trinidad drowned in music, and in no time he was in love with the creative process of writing verses and adding music to them. In 2016,  he released one of his first tracks called ‘Summer Love’. He became quite popular on social media through his music. After some time, a video of singing an ” a cappella” a rendition of the hook of ‘Jennifer’. The video got viral in an instant, the video got insanely popular through the web and requests started to pop up from fans to complete the track. Trinidad posted the full track on Facebook in early 2017 and the next morning the video had racked up over seven million views overnight. Many famous celebrities appreciated his work and shared the track on their Facebook pages. Subsequently, Cardona put out his debut extended play ‘Jennifer EP’. Besides, on the title track, there are two more songs, ‘Ready’ and ‘You Are Mine’. Cardona has since released ‘Dinero’, Even If’, and ‘Call Me Back’. He is currently signed to Island Records.

Trinidad Cardona stands at the height of 5 feet and 9 inches. However, the information regarding his weight remains unknown. Trinidad looks very attractive with beautiful Dark Brown eyes and Dark Brown hair. Also, he has an Athletic body physique. The details regarding his body measurements remain unknown.

Singer: Trinidad has not revealed his exact incomes or earnings until now. However, according to www.recruiter.com the average salary of a singer is estimated to range from $45,000 to $65,000.

Sponsorship: As he has more than 216k followers on his Instagram account, advertisers pay a certain amount for the post they make. Considering his latest 15 posts, the average engagement rate of followers on each of his posts is 15.71%. Thus, the average estimate of the amount he charges for sponsorship is between $653.25 – $1,088.75.

According to socialblade.com, from his YouTube channel, Trinidad earns an estimated $6.5K  –  $104.3K in a year.

Thus, calculating Trinidad’s income streams, which we mentioned above, over the years, Trinidad Cardona estimated net worth is $600,000 – $700,000.

Q: What is Trinidad Cardona’s birthdate?

Q: What is Trinidad Cardona’s age?

A: Trinidad Cardona is 22 years old.

Q: What is Trinidad Cardona’s height?

A: Trinidad Cardona’s height is 5 feet and 9 inches.

Q: Who is Trinidad Cardona’s Girlfriend?

A: Trinidad Cardona is Single at the moment.

Q: What is Trinidad Cardona’s Net Worth?