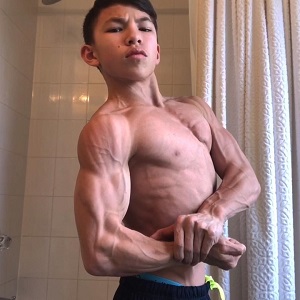 Tristyn Lee is an American Body Builder, fitness athlete, and Instagram star who has gained a lot of fame and popularity for his fitness photos and videos, which he uploads on his Instagram account. Tristyn has been a role model for the younger generation who wants to make their feet wet in the field of bodybuilding. He started showing interest in bodybuilding when he was 13. His body shows the return investment for his hard work and dedication.

Tristyn Lee has also been showing his football skills on YouTube and is also sometimes known as the world’s strongest kid footballer. His football skills video were noticed before he started to work on his body. For now, he has over 1 million followers on Instagram and youtube which grows every day. He is a young internet sensation with millions supporting and believing him in what he does.

Does Tristyn Lee use steroid?

Tristyn body didn’t look this bigger when he was 17, some people think that he might be on steroids to get bigger muscles in 1 year. Many fitness trainers and influencers have rejected this by saying that the kid has done hard work for this and the camera angles and lighting may be used in favor to look much bigger than he is. It is his pure hard work and dedication to the sport that has given him the body that he wants.

The majority of people think Tristyn was born in the united states but the birthplace of this young sensation is in Canada.

As many people were accusing Tristyn of lying for saying he has only 5% body fat. He went to the doctor and have posted a proof video on his youtube handle which is a strong reply for the accusers. 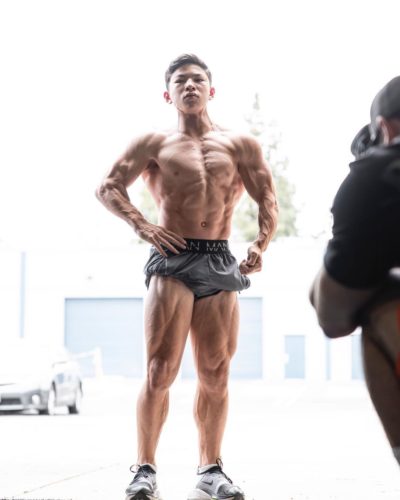 Workout is important to have a body as of Tristyn but diet also plays an important role. Tristyn is said to be on a keto diet where he consumes 70% fat, 25% protein, and 5% carbs. The diet of his clearly shows how motivated and passionate he is about his work.

Born as the youngest child in the family in Ontario, Canada, his family migrated to the United States and now are citizens of here. Tristyn has two elder brothers Tyler Lee and Braedon Lee. While Tristyn’s father and mother’s name is unknown, his father is said to work in a private company in the United States whereas his mother is a housemaker. Lee now is more popularly known as a bodybuilder but he showed keen interest in football while growing up and wanted to become a professional footballer. Videos of him playing football as a kid are on YouTube and at first, he gained attention due to his football skills but everyone also started to notice the hard work that he does for his fitness.

Ever since Tristyn was a kid, he was passionate about l. Tristyn Lee’s boyhood was really great amidst a lot of care and love from his parents. They were continuously meeting everything Tristyn requires to pursue what he wants. In simple terms, Tristyn had undergone a childhood that has unquestionably played a pivotal role to achieve the progress Tristyn is getting momentarily.

There is no information about Tristyn’s education and qualifications until now. Nevertheless, given Tristyn’s accomplishments, he appears to be well-educated.

Millions of fans following on social media, thousands of girls crazy about him but as for now, it seems Tristyn is focusing on his career, there are no rumors or proof of him being in a relationship for now or it can be he wants his love life private and his hiding his relationship from his fans and media.

At the moment, he is living a happy and prosperous life with a fantastic career. He has a reserved personality, so he has kept his romantic life low profile and out of public attention. Also, to have such an amazing and shredded body, he must need a lot of training and must commit a lot of time to the gym. So, he has no time to concentrate on a relationship at the moment.

If you are here you may want to know about this young bodybuilder’s body. Tristyn Lee’s height is 5 feet 3 inches whereas his weight is about 56 kgs. As for body measurements, less reliable data are present. Tristyn may look small but that is until he flexes his muscles with his rare-looking hazel eyes which only 5% of the world population has.

Tristyn Lee’s NET WORTH AND SALARY

TikTok Sponsorship: As Tristyn has more than 868.5k followers on his TikTok account, advertisers pay a certain amount for the post they make.

Considering Tristyn’s latest 15 posts, the average engagement rate of followers on each of his posts is 13.53%. Thus, the average estimate of the amount he earns from sponsorship is between $516.93 – $775.39.

Instagram Sponsorship: As Tristyn also has 1.8 million on his Instagram account, he would also make decent money from sponsorships. Considering Tristyn’s latest 15 posts from Instagram, the average estimate of the amount he earns from sponsorship is between $3,671.25 – $6,118.75.

Net worth: Thus, evaluating all his income streams, explained above, over the years, and calculating it, Tristyn Lee’s net worth is estimated to be around $400,000 – $500,000.