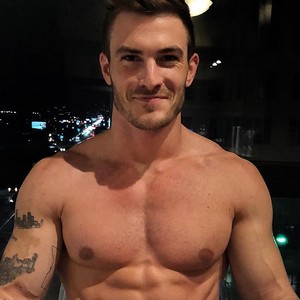 Vince Sant is an ISSA certified trainer who has taken the fitness world by storm with his extensive knowledge regarding it, good looks and not to mention, his extremely shredded physique. His tips and tricks are to the point and very informative. He has been an inspiration to a lot of people who are struggling to maintain a healthy lifestyle and fit body. Not just that, many people have got to their best shape, thanks to him.

Vince Sant is an American YouTuber who is best-known for uploading fitness tips and tutorial videos in his channel, V Shred. Right now, he has earned more than 807k subscribers. Not just that, his channel has garnered a total of more than 57 million views from his videos. Other than YouTube, he has lots of fan followings on his popular social media platforms. Also, he has more than 628k  followers on his Instagram alone at the time of writing this article.

A very cool moment for me, my partners and the entire V Shred team. Ladies and gents, let me introduce @sculptnation supplements ? – Back story: Having our own FULL line of supplements is something we’ve talked about since day 1 of starting this company, but we also didn’t want to get into this space until it really made sense… Because with an oversaturated market, we wanted to be able to give our supplement line the amount of attention it needs to truly make them the best and be able to get word out to as many people as possible. These formulations are second to none, the taste is out of this world, and we stand behind all our supplements with a 60-day money back guarantee. THAT’S how confident we are. Not pictured: Protein & Pre-Workout #AndWereJustGettingStarted

At the moment, he mostly sells a custom-made T-shirt, hoodies and other accessories with various stickers and prints. The prices of the merchandise ranges from $20 – $50 which is very affordable and gets ‘sold out’ time and again.

So is the case for Vince Sant, as most of his earnings and incomes comes from YouTube. The subscribers and viewers count of his has risen significantly over the years.

Currently, he has more than 807k subscribers on his channel with an average of 71,201 views daily. According to socialblade.com, from his YouTube channel, he earns an estimated $6.4K – $102.5K in a year calculating the daily views and growth of subscribers.

VSHRED: Vince Sant has his own fitness company named VSHRED. It has gained a lot of popularity and good reviews over the years. It has already more than 451k followers on his Instagram. Not just that, he has a website selling every of his products, from supplements to fitness guides.

The company has more than 5 million unique visitors every month and 400k clients from all over the world. It brings thousands of dollars every month, if not in millions.

Net Worth: Thus, evaluating all his income streams, explained above, over the years, and calculating it, Vince Sant’s estimated net worth is $5 million.

Vince Sant has a lot of female fans because of his extremely attractive personality and looks. It may be bad news to many that he is happily in a loving relationship. At the moment, she is in a relationship with a model named Ashley Rossi. Matter of fact, she is also into fitness and health just as he is. That is why they both bond so well together. They are often seen together in the gym supporting and pushing each other to be at their best.


Vince and Ashley both photos of each other expressing the feelings they have for each other. People often call them relationship goals and have nothing for admiration for this happy couple.

Childhood:    He had a best childhood one could ever have because his parents were really supportive of his needs and interest. His childhood has helped him a lot to gain success in his career.

Vince Sant started his YouTube channel on January 25, 2015, and uploaded his first video titled “#1 Six Pack Abs Workout: Get SHREDDED Fast!.” Since then he has been uploading various fitness tips and tutorial videos.

Till now, out of all his videos, “The WORST Ab Exercise Ever (STOP THIS TODAY!)” is the most popular videos in his channel. It has racked more than 4.9 million views as of now.

At the moment, his channel is growing day-by-day with over 807k following his video content. Also, he is consistent in uploading videos as he uploads videos one or two times a week.