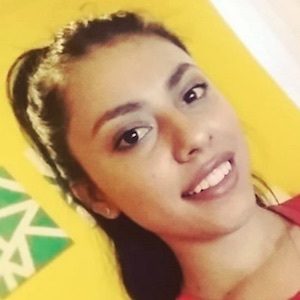 ZaiLetsPlay, whose real name is Zaira, loves playing video games like Minecraft and Roblox. She is fond of interacting her viewers by live streaming her video games which have helped her a lot of popularity in a very short time. Not just that, she has attracted many viewers with beauty and brain, her creativity on storytelling and role plays have been a plus point on her channel. She publishes web series related to games, out of which Minecraft Comes Alive series got huge popularity.

ZaiLetsPlay is an American YouTuber who is best-known for uploading gameplay and role plays in Minecraft and Roblox and many more games in her channel, ZaiLetsPlay. At the moment, she has earned more than 1.7 million subscribers as of June 2018. Also, her channel has garnered a total of more than 504,161,695 views as well. Besides YouTube, she has lots of fan followings on her other social media platforms. Also, she has more than 102k  followers on her Instagram alone at the time of writing this article.

Sponsorship: As she has more than 102k followers on her Instagram account, advertisers pay a certain amount for the post they make. Considering her latest 15 posts, the average engagement rate of followers on each of her post is 14.88%. Thus, the average estimate of the amount she charges for sponsorship is between $312 – $520.

Merchandise: As a popular YouTuber, many of her fans and viewers have demanded her own merchandise. Fortunately, she has provided his own merchandise which is sold through, hellojuniper.com.  At the moment, she mostly sells a custom-made T-shirt, hoodies and other accessories such as pillows, toys and many more with various stickers and prints. The prices of the merchandise range from $10-$50 which is very affordable and gets ‘sold out’ time and again.

YouTube: YouTube has been a platform where people can work by connecting with viewers and getting paid for the ads viewers watch in the process of watching their videos. So is the case for ZaiLetsPlay, as most of her earnings and incomes come from YouTube. The subscribers and viewers count of her has risen significantly over the years. Currently, she has more than 1.7 million subscribers on her channel with an average of 861,232 views daily.

According to socialblade.com, from her YouTube channel, she earns an estimated $77.5K – $1.2M in a year calculating the daily views and growth of subscribers. Thus, evaluating all her income streams, explained above, over the years, and calculating it, ZaiLetsPlay’s estimated net worth is anywhere between, $800k-$900k.

Husband’s name:    Ricky- He is also a fellow YouTuber who owns a youtube channel named Biggs87x

Present status:   Ricky and Zaira got engaged in 2016 and got married after two years. The number of years they have spent together proves that they are happy and committed in their relationship. They have also collaborated and created a separate youtube channel named Ricky And Zai.  The hot couple has amassed popularity with their amazing gaming contents, challenges, pranks and many more. However, looking at their Instagram post, one can definitely say that this couple is going long way together to conquer their success, and to make their relationship last long.

Sibling:    She has featured her sister in her Instagram post. However, she has not revealed the name of her sister.

Education:    There is no information about her education and qualifications till now. However, looking at the post about her graduation in her Instagram, she seems to be well-educated.

ZaiLetsPlay started her YouTube channel on June 14, 2012, and uploaded her first video titled “Slender – Ep 1 – Peed My Pants!.” Since then she has been uploading various gameplays and role plays in minecraft and roblox and many more games.

Till now, out of all her videos, “NEVER TRUST A BABY! – Roblox” is the most popular videos in her channel. It has racked more than 4.7 million views as of now.

At the moment, her channel is growing day-by-day with over 1.7 million following her video content. Also, she is consistent in uploading videos as she uploads videos 3-4 times a week.