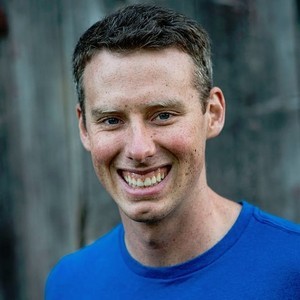 Aaron Esser is a YouTube star who has amassed more than two and a half million subscribers in his channel. The reason behind his popularity is the hilarious commentary he does during his game plays. Not just that, he is consistent and dedicated towards his channel, which has led him a  top position in the YouTube gaming platform.

Aaron Esser is a Canadian YouTuber who is best-known for uploading gameplays in his channel, Aaron Esser. Right now, he has earned more than 2.5 million subscribers. Not just that, his channel has garnered a total of more than 807 million views from his videos. Other than YouTube, he has lots of fan followings on his popular social media platforms. Also, he has more than 24.9k  followers on his Instagram alone at the time of writing this article. He is also best to know as the Creator of the epic Nerf Gun Game videos.

Considering his latest 15 posts, the average engagement rate of followers on each of his post is 5.68%. Thus, the average estimate of the amount he charges for sponsorship is between $157.5 – $262.5.

Merchandise: As a popular YouTuber, many of his fans and viewers have asked for his own merchandise.

Fortunately, he has provided his own merchandise which is sold through, teespring.com. At the moment, he mostly sells a custom-made T-shirt, hoodies and other accessories with various stickers and prints. The prices of the merchandise range from $10-$80 which is very affordable and gets ‘sold out’ time and again.

So is the case for Aaron Esser, as most of his earnings and incomes comes from YouTube. The subscribers and viewers count of his has risen significantly over the years.

Currently, he has more than 2.5 million subscribers on his channel with an average of 1,667,280 views daily.

Net Worth: According to socialblade.com, from his YouTube channel, he earns an estimated $150.1K – $2.4M in a year calculating the daily views and growth of subscribers.

Despite the fame and limelight, he has been an amazing individual who could give a separate space to his personal and professional life. However, he is at the heart of many girls of his age due to his talent and appearance. It is just a matter of time to see him in a relationship.

Aaron Esser started his YouTube channel on August 15, 2008, and uploaded his first video titled “Aaron Esser – Trampoline Stunts/Flips.” Since then he has been uploading various gameplay.

Till now, out of all his videos, “NERF GUN GAME | SUPER SOAKER EDITION (Nerf First Person Shooter)” is the most popular videos in his channel. It has racked more than 127 million views as of now.