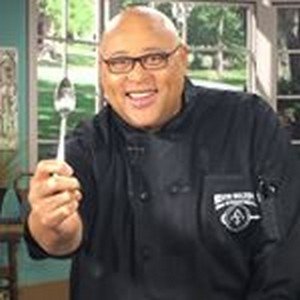 Kevin Belton is an American Chef and TV host who is well-known for his “New Orleans Cooking with Kevin Belton” airing on WYES-TV. Also, he is popular in his locality as the instructor at the  New Orleans School of Cooking for more than 30 years and teaching over 7000 lessons in this period.

At the moment, he is a feature reporter for the morning news show named ‘Eyewitness Morning News’ at WWL-TV based in New Orleans, Louisiana.

Kevin Belton has served as an instructor at the foundation of Louisiana cooking for an astounding 30 years and counting. He has taught over 7000 lessons in this period. Not only that, he didn’t feel difficult to connect to the audiences after his appearances in different cooking shows due to his experience.

As a result, his show got well appreciated and popular which earned him fame as well as fortune. In this long and decorated career, Kevin Belton’s net worth is estimated to be over $2 million.

Wife’s name: He has not revealed the identity of his wife till now.

Children: He has a son named Kevin Belton Jr.

Present status:  He is already a happy grandfather living a happy life with a happy life. Although he has not revealed much about his personal life, he seems to be married for a very long time. His personality and positive attitude is the sole reason for having a good relationship with his family.

Father:  He has not revealed the identity of his father till now.

Mother: Also, he revealed that his mother is the reason for his success as a chef who taught him how to play with spices. He has not revealed the identity of his mother till now.

Childhood: In an interview, he revealed that he started to learn cook since he was 7 or 8. His family was into cooking which made him interested in cooking as well. He started to learn about culinary arts since his childhood.

Although he has not revealed anything about his education, he seems to have finished his education to be where he is at the moment.

Kevin Belton started his career by teaching at the New Orleans School of Cooking. Before that, he was also into sports but, he injured himself which ruled him out of the sports.


Regardless, he has appeared on various food programs, including Emeril Live, Food Fighters, Ready Set Cook, Taste of America,  Live Love Lunch, and Eating in the Bayou. Later, he alongside the British celebrity chef Kevin Woodford hosted the BBC series named Big Kevin, Little Kevin.
In 2014, he appeared as the chef for the WWL’s morning show in the “Today’s Special” segments. He got his breakout through his show “New Orleans Cooking with Kevin Belton” airing on WYES-TV.

He was named as a Culinary Legend by the American Culinary Federation in the year of 2018.