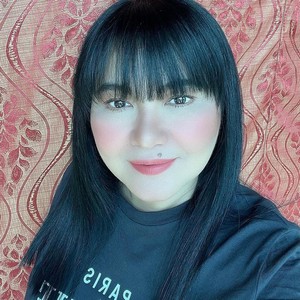 Lorna Tolentino is a Filipino actress who is widely known for her roles in numerous Filipino films and television series, this popular actress earned three FAMAS Awards, four FAP Awards, and five Star Awards between 1993 and 2010. She starred in such television series as Kay Tagal Kang Hinintay and Dahil May Isang Ikaw.

Lorna Tolentino was born on Dec 23, 1961, in Concepcion, Philippines. Lorna is of Multi-racial descent. Lorna was born to Eloisa Perez and Amado Aluquin. Her father is from Lillw, Lagun.    Ever since Lorna was a kid, she was passionate about acting. She had a childhood in a very caring and loving environment. Her parents were really supportive and attentive to her needs. In simple words, she got a childhood that surely made her a talented and independent woman.

She attended the elementary grades at St. Anthony School where she also finished her high school. She took up a Bachelor of Arts course at St Paul College in Quezon City, and also at the University of Sto Tomas and Maryknoll College.

Talking about her relationship status, she is a married woman. Lorna was married to a guy named Rudy Fernandez. Rudy was also an actor, in fact, a multi-awarded actor and a producer as well. He was popularly known as an action star in Philippine cinema from the 1980s up to the early 1990s. Some of his popular movies are Markang Bungo, Batuigas…Pasukuin si Waway,  Operation: Get Victor Corpuz, and The Rebel Soldier. However, Rudy Fernandez has already left this world. In 2007, it was revealed that Rudy was diagnosed with cancer and on the morning of June 7, 2008, Rudy Fernandez passed away. Lorna has two children Ralph and Renz.

Lorna launched her acting career at a young age as a child actor. It seems that she had that passion to thrive as an actress from a very young age. Eventually, she got an opportunity to play a role in a movie. she portrayed the young Susan Roces in the movie Divina Gracia.

Until now, Lorna has played roles in over 60 movies and has won eight film awards, and garnered 20 nominations. Some of her notable performances were “Uos at Rosas”, “Moral”, “Sinasamba Kita”, “Somewhere”, “Nakagapos Na Puso” and many more. In 2002, Tolentino starred in her first Primetime Drama Kay Tagal Kang Hinintay the first time Tolentino starred in a full-length Primetime Soap or Teleserye. In 2004-2008 she went to GMA Network to star in Hanggang Kailan and host Startalk to replace Rosanna Roces. Lorna earned more praise from people after she returned to ABS-CBN to star with an ensemble cast in Dahil May Isang Ikaw. She is also one of the Grandslam actresses in Philippine Cinema together with Vilma Santos, Elizabeth Oropesa, Nora Aunor, and Sharon Cuneta. She won her Grandslam Best Actress for Narito Ang Puso Ko. She went back to her original network, GMA Network, to star in the upcoming heavy drama series Pahiram ng Sandali.

Lorna Tolentino stands at the height of 5 feet and 3 inches. However, the information regarding her weight remains unknown. Lorna looks very attractive with beautiful Dark Brown eyes and Dark Brown hair. Also, she has an Average body physique. The details regarding her body measurements remain unknown.

Actress: She has not disclosed any information about her earnings and incomes until now, however, according to www.payscale.com the average salary of an actress is estimated to be around $50,289.

Sponsorship: As she has more than 193k followers on her Instagram account, advertisers pay a certain amount for the post they make. Considering her latest 15 posts, the average engagement rate of followers on each of her posts is 0.21%. Thus, the average estimate of the amount she charges for sponsorship is between $578.25 – $963.75.

Q: What is Lorna Tolentino’s birthdate?

Q: What is Lorna Tolentino’s age?

A: Lorna Tolentino is 60 years old.

Q: What is Lorna Tolentino’s height?

A: Lorna Tolentino’s height is 5 feet and 3 inches.

Q: Who is Lorna Tolentino’s Husband?

A: Lorna Tolentino is Married at the moment.

Q: What is Lorna Tolentino’s Net Worth?