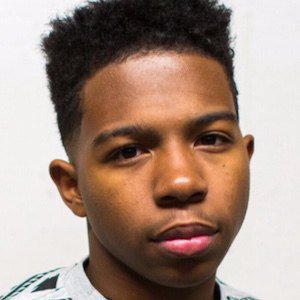 Not many can do what Deshae Frost does. He can make anyone laugh with his sense of humor and charming personality. His content delivery is absolutely top-notch with great acting and comedy into his which has made a lot of videos viral in the day when Vine was relevant. Even after switching to other platforms, his fame and followers have grown even more. Not just that, he is also a good rapper and dancer. He just has everything that entertainers should have. Now, let’s know more about this social media sensation, Deshae Frost. 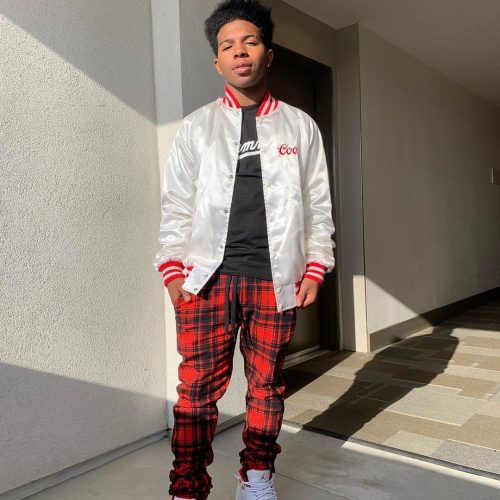 Deshae Frost was born on January 9, 2001 (21 years old) in Seattle, Washington. Ever since Deshae was a kid, he was always keen and passionate about rapping, dancing, comedy, and acting. First of all, he pursued his career in rapping in the name of D-Frost. At the same time, Vine was very popular so he started writing scripts and uploaded it on Vine. And the rest is history. As he grew up, he earned a lot of fame for his pranks, challenges, reaction, comedy videos and vlogs which he uploads in his channel, Deshae Frost.

Right now, Deshae has earned more than 2.53 million subscribers. Not just that, his channel has attained a total of more than 266 million views from his videos. Other than YouTube, he has lots of fan followings on his various social media platforms. Also, he has more than 2 million followers on his Instagram alone at the time of writing this article. He proved his ability so much so in the social media that he was given the role of Darryl Henderson on CBS’s show named SWAT in 2017.

Mother:    His mother has been featured in his video posts. Her name is Monique Carrillo and she currently serves as Deshae’s manager.

Considering Deshae’s latest 15 posts, the average engagement rate of followers on each of his posts is 3.21%. Thus, the average estimate of the amount he charges for sponsorship is between $3,987 – $6,645.

At the moment, he mostly sells custom-made T-shirts, hoodies and other accessories with various stickers and prints. The prices of the merchandise range from $10 – $50 which is very affordable and gets ‘sold out’ time and again.

So is the case for Deshae Frost, as most of his earnings and incomes come from YouTube. The subscribers and viewers count of his has risen significantly over the years.

Currently, he has more than 2.53 million subscribers on his channel with an average of 322,838 views daily.


Net Worth: According to socialblade.com, from his YouTube channel, he earns an estimated $29.1K – $464.9K in a year calculating the daily views and growth of subscribers. Thus, evaluating all his income streams, explained above, over the years, and calculating it, Deshae Frost’s net worth is estimated to be around $900k – $1 million.

As you all know, Deshae is not the person who likes to keep secrets with his fans and followers. He has always been open about his life and keeps it real as much as he could from the very beginning. And, he has made his romantic life known to all. At the moment, Deshae is in a relationship with Dregoldi. She is also a social media star with lots of fans following on Instagram and YouTube. Not just that, they have already started a youtube channel together named Shae and Dre Family.

Their relationship is often called perfect by their followers. And, they are very right about this because they just click with each other. They both have a good sense of humor and awesome personality which makes them perfect for a couple. It is just an absolute to see them together living the best days of their lives with each other. 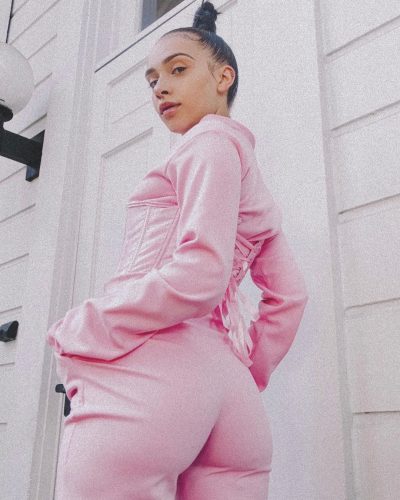 Deshae Frost started his YouTube channel on April 23, 2011 and uploaded his first video titled “Deshae Frost VLOG 1.” Since then he has been uploading various pranks, challenges, reaction, comedy videos and vlogs.

Till now, out of all his videos, “GUY FLIRTS WITH MY SISTER IN FRONT OF ME PRANK! Vlogmas 12” is the most popular videos in his channel. It has racked more than 8.2 million views as of now.

At the moment, his channel is growing day-by-day with over 2.53 million following his video content. Also, he is consistent in uploading videos as he uploads videos three to four times a week.