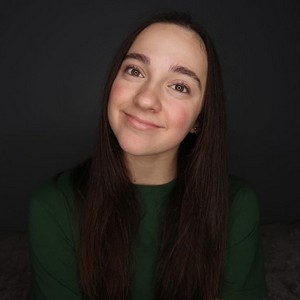 Not everyone is lucky enough to follow one’s passion such that it turns out to be your profession. While on the other hand, Kaycee Rice is one in a million who has gained fame and money at such a young age by following her passion that is “Dancing”. She has won the heart of many youths through her amazing dance moves and grooves since the age of 8. Her dancing talent has earned her great recognition among celebrities, dance shows, and dance lovers. To know more about her career and fame, scroll down below.

Kaycee Rice was born on October 21, 2002 (19 years old) in Los Angeles, California, United States. Kaycee loves dancing since the very young age of 8 years old. Since then she has been gaining popularity through the dance videos on her YouTube channel. She is a dance crew member of lilBEASTS and immaBEAST. Besides dancing, she is also keen on Tae Kwon Do.

As she grew up, Kaycee became an Instagram star who earned a lot of fame and attention for her dance moves. Kaycee earned fame at the age of 8 years old when her mother used to post videos of her dances. One of her dance videos was posted by the famous singer Katy Perry on her twitter which got viral overnight. She also appeared on American’s Got Talent and also on Ellen’s show many times.

Kaycee is so talented and good at dancing such that she was invited to the popular dance show named “World of Dance” which gave her additional fame. She has shared the stages with famous celebrities such as Pharrell Williams, Katy Perry, Justin Bieber and Missy Elliott. In addition, she has appeared on several music videos including Meghan Trainor’s “All About That Bass”. She was the winner of the Teen Miss Dance Icon and Thunderstruck’s 2015 International Finals. At the time of writing this article, Kaycee has already amassed more than 2.2 million on Instagram alone. 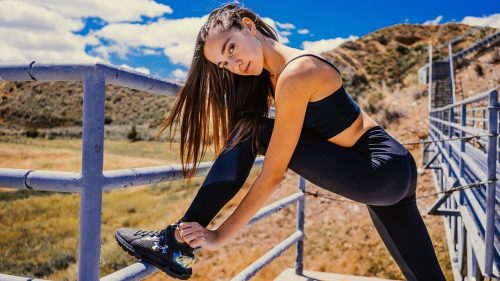 Father:      Kaycee’s father is Brad Rice. Her Instagram feed tells us he is 51 years old at the time of writing this article.

Mother:    Kaycee was born to Laura Rice, who is a former owner of the studio 13. It can be said that Kaycee’s dancing skills came from the platform she got from her mother’s dance studio which is situated at Simi Valley, California.

Sibling:    She has an elder brother “Devon Rice” and an elder sister “Kyline  Rice”.

Education:    Kaycee is very studious. She gives equal time and effort to her school as she does for dancing. However, there are no details about her education and qualifications.

Looking through her social media, there is no sign that she is in a relationship. It looks like she is very focused on her career. She knows what she wants and moving one step closer towards her goal each day. Rather than being in a relationship, she is more into dance crews and involving herself in something more productive. However, she is very open about her friendship with her dancing partner Se Tan Lew. They are more like a best friend. However, whatever they share is completely professional and nothing suspicious.

Also, it is relevant to everyone that she is just 17 years old. Thus, she is too young to differentiate between love, infatuation, and attraction. At the same time, her charming personality and appearance have already won the heart of many boys of her age. We just have to wait to see with whom she would start her romantic journey.

Merchandise: At the moment, she mostly sells custom-made T-shirts, hoodies and other accessories with various stickers and prints from weirdoapparel.com. The prices of the merchandise range from $5-$50 which is very affordable and gets ‘sold out’ time and again.

YouTube: Currently, she has more than 491K  subscribers on her channel with an average of 11,403 views daily.

According to socialblade.com, from her YouTube channel, she earns an estimated $1K – $16.4K in a year calculating the daily views and growth of subscribers.

Net worth: Thus, evaluating all her income streams, explained above, over the years, and calculating it, Kaycee Rice’s net worth is estimated to be $150k -$200k.

There are no rumors or hatred towards Kaycee Rice. Everyone is an admirer and fond of her dancing. She shares positive energy through her dancing forms. However, since she is just 17, its a long journey to get involved in controversies as the future is uncertain. But on a positive note,  she has done a praiseworthy job to keep her away from controversies with positivity and sensibility until now.