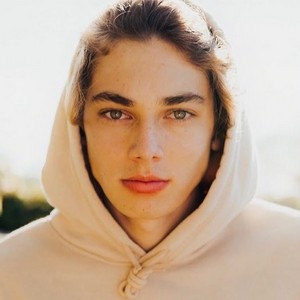 What is Sebastien Andrade known for?

Sebastien Andrade is a 20 years old American TikTok Star. Sebastien rose into fame and limelight for his dance videos lip-syncs to trending songs and voice-over, short funny videos that he uploads on his TikTok account, ayesebastien. He has also been a member of one of the popular collaborative TikTok groups which create comedy, transition, and other types of videos named The University of Diversity. As mentioned in the group’s name it honors diversity. The group includes other famous TiktTok stars like Vinnie Hacker, Marco Borghi, and many more.

Sebastien started out on TikTok just for fun and as a part of a trend, but, little did Sebastien know,  that he would have more than 3 million people following Sebastien on TikTok alone. Not just that, Sebastien has extended his social reach on Instagram with more than 307k followers as of now.

He was given the award for “Best eyes” as a part of his high school senior breakfast.

Sebastien Andrade was born on July 13, 2001, in Florida, United States. Sebastien is of Caucasian descent. His parents have been featured on his social media accounts. But, further information about his parents such as their names and what they do remains undisclosed. He has a younger sister whose name is Mia Andrade, as he has featured her in some of his TikTok videos.

Ever since Sebastien was a kid, he was passionate about modeling. His boyhood was really great amidst a lot of care and love from his parents. They were continuously meeting everything he requires to pursue what he wants. In simple terms, he had undergone a childhood that has unquestionably played a pivotal role to achieve the progress he is getting momentarily.

He completed his high school from Coral Reef Senior High School and is currently continuing his further study at Florida International University.

As we know, he is one of rising TikTok stars his fans and supporters would want to know about his romantic life but till now he has not mentioned anything about his love life but looking at his social media feeds it would be pretty much fair to assume that he is still single. It is a matter of time until he reveals any clue about his love life.

Sebastien Andrade stands at a height of 6 feet (1.83 m). He weighs, 75 kg Sebastien looks very attractive with beautiful Light Brown eyes and Light Brown hair. Also, he has an athletic and shredded body physique. However, the detailed statistics showing his body measurements are not known.

What is Sebastien Andrade’s NET WORTH and EARNINGS?

TikTok Sponsorship: As Sebastien has more than 3 million followers on his TikTok account, advertisers pay a certain amount for the post they make.

Considering Sebastien’s latest 15 posts, the average engagement rate of followers on each of his post is 10.62%. Thus, the average estimate of the amount he earns from sponsorship is between $1,802 – $3,003.

Instagram Sponsorship: As Sebastien also has 307k on his Instagram account, he would also make decent money from sponsorships. Considering Sebastien’s latest 15 posts from Instagram, the average estimate of the amount he earns from sponsorship is between 39.44%.

Merchandise: At the moment, he mostly sells custom-made T-shirts, hoodies, and other accessories with various stickers and prints from tcsocialclub.com. The prices of the merchandise range from $25 – $40 which is very affordable and gets ‘sold out’ time and again.

Net worth: Thus, evaluating all his income streams, explained above, over the years, and calculating it, Sebastien Andrade’s net worth is estimated to be around $100,000 – $200,000.

Q: What is Sebastien Andrade’s birthdate?

Q: What is Sebastien Andrade’s age?

A: Sebastien Andrade is 20 years old.

Q: What is Sebastien Andrade’s height?

Q: Who is Sebastien Andrade’s Girlfriend?

A: Sebastien Andrade is Single at the moment.

Q: What is Sebastien Andrade’s Net Worth?