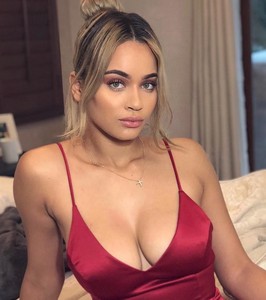 Shyla Walker is a perfect definition of a gorgeous lady. Her luscious eyes and perfect body figure has attracted a lot of admirers over the year. Not only that, in every of her Instagram posts, she slays on every outfit she wears. Her charming personality has earned her a lot of viewers on her YouTube channel, THIS IS L&S, opened alongside her partner in crime, Landon McBroom.

Shyla Walker is an American YouTuber who is best-known for uploading pranks, challenges, reaction, comedy videos and vlogs in her channel, THIS IS L&S. At the moment, she has earned more than 1.8 million subscribers as of June 2018. Also, her channel has garnered a total of more than 210 million views as well. Besides YouTube, she has lots of fan followings on her other social media platforms. Also, she has more than 602k  followers on her Instagram alone at the time of writing this article. Moreover, Landon McBroom is the younger brother of Austin McBroom, who is also very popular for his own YouTube channel, The ACE Family. 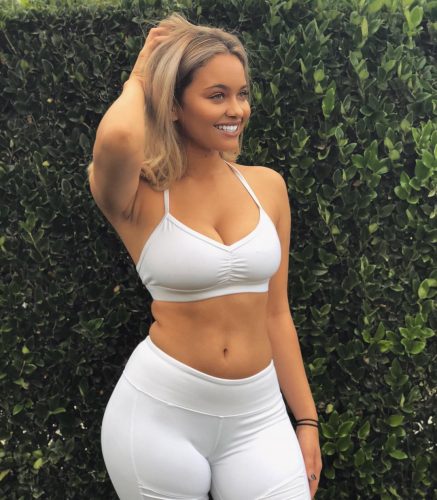 Sponsorship: As she has more than 602k followers on her Instagram account, advertisers pay a certain amount for the post they make. Considering her latest 15 posts, the average engagement rate of followers on each of her post is 22.3. Thus, the average estimate of the amount she charges for sponsorship is between $1,801.5 – $3,002.5.

Merchandise: As a popular YouTube, she has her own merchandise which is sold via the website, landonandshyla.com. The products are accessories, hoodies,  and shirts which are priced between $14 to $40.

YouTube: As a YouTuber, most of her income comes from her widely followed channel. According to socialblade.com, the estimated yearly earning from the channel is between $33.3K – $532.9K. Also, the monthly earning is between $2.8K – $44.4K.

Thus, she has a lot of income source out of which YouTube paycheck is the heavier one. Considering all the information above, her estimated net worth is in the range of $400k to $500k..

Sibling:    She has a brother named RUBEN WESTSIDE CHAVEZ.

Childhood:    In one of her Instagram post, she said that she was glad that she spent her childhood before the technology took over. It shows that she had a playful childhood in a very caring and loving environment. Her parents were really supportive and attentive to her needs. In simple words, she got a childhood which surely made her a talented and independent woman.
Education:    There is no information about her education and qualifications till now. However, given her achievement, she seems to be well-educated.

Shyla Walker started her YouTube channel on March 12, 2017, and uploaded her first video on June 22, 2017, titled “WELCOME TO OUR CHANNEL! [Q&A].” Since then she has been uploading various pranks, challenges, reaction, comedy videos and vlogs

Till now, out of all her videos, “I TOLD MY DAD I GOT MY GIRLFRIEND PREGNANT [CRAZY REACTION!!!]” is the most popular videos in her channel. It has racked more than 5.9 million views as of now.

At the moment, her channel is growing day-by-day with over 1.8 million following her video content. Also, she is consistent in uploading videos as she uploads videos three to five times a week.