It definitely won’t be wrong to say that Addison Easterling, better known as Addison Rae, is an angel. She is perfect in every way, she has a charming and likable personality, she is talented and most of all, she is really gorgeous. And, we all know, how TikTok is growing and one of the shining stars on it is Addison. She has earned the love and support of a lot of people. A lot of people as in millions of people. It is because of her entertaining videos on trending songs where a lot of videos have gone viral. Now let us know more about this TikTok sweetheart, Addison Easterling.

Just look at how her mom and dad in the background supports her.

Addison Rae is a 22 years old TikTok star, who was born on October 6, 2000. in Lafayette, Louisiana, United States. Ever since Addison was a kid, she was passionate and interested in makeup, fashion, and dancing. As she grew up, Addison became an Instagram star who earned a lot of fame and attention for lip-syncing and dance videos on trending songs/music which she uploads on her TikTok account, addisonrae.

As we all know, Addison Rae is not alone in this journey of sudden TikTok fame. There are few young boys and girls who have achieved popularity through TikTok. And, the good thing is, these viral sensations have collaborated together to create a group called ‘THE HYPE HOUSE.’ It is literally everywhere be it on TikTok or Instagram. The group has massive clout and popularity at the moment and Addison Rae lies at the heart of the group. She stands even more famous among already famous TikTokers like her.

Out of all her videos, the videos she does with her parents are the most popular ones. Her parents are really a couple goal as they still keep up with the trend and look very young. At the time of writing this article, Addison has already amassed more than 3 million on TikTok alone. 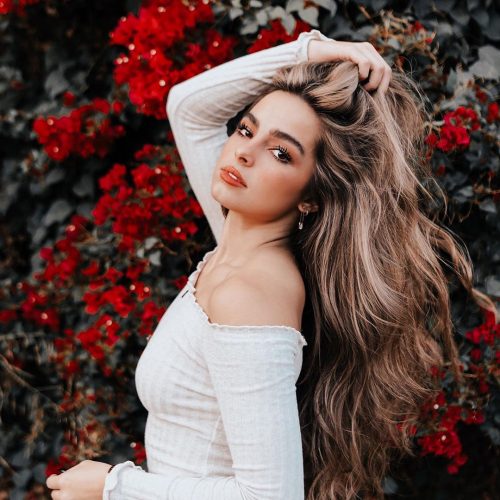 Father:      Her father’s name is Monty Easterling. He frequently appears on her TikTok videos where he looks very cool. He really is a supportive dad as not many parents do what he does.

Mother:    Her mother Sheri Easterling is the reason why she is so beautiful. Even at the age of 43, she has done an awesome job of maintaining her looks and figure. She really looks very young for her age, let alone a mother of two boys and a daughter. Nevertheless, her videos with Addison are the ones who have got the most attention. She has a TikTok account of her own. Not just that, she is also an engineer and photographer. Isn’t she is a cool mom?

Sibling:    She has two brothers.

Highschool:    Addison completed her high school education from Calvary Baptist Academy in Shreveport, Louisiana in 2019. At the moment, she wants to get a major in mass communications/broadcast journalism. But, she has still not decided if she wants to join Louisiana State University in Baton Rouge or the University of Louisiana in Lafayette.

If you are an avid Addison’s follower then you might see the frequent appearance of handsome fellow TikTok star named Bryce Hall. If you just want to know if she is dating or not then keep reading. They have been appearing on each other’s social media accounts definitely sharing that romantic connection. After both of them starting posting videos and photos of each other on their social media accounts, it was inevitable for their fans to think they have fallen in love with each other.

BUT, a big BUT. Both of them have not said anything regarding their fan’s curiosity to know if they are dating or not. The videos they make together clearly show that perfect chemistry which happens if you are more than just friends. It has been a lot of time that the rumor of them dating is surfacing all over the internet. Their fan pages are literally filled with videos and photos of them adding fire to that rumor.  Alas, they have still not said anything until now when their comment section is literally spammed with comments asking if they are dating or not and how perfect they look together.

Nevertheless, she has already attained celebrity status at such a young age and people would not stop asking these questions. She would definitely share about her romantic life someday when she feels comfortable. Let us not forget that she is still so young and lots of things are ahead of her. So, let us just play the waiting game rather than just guessing. And hey, stay updated.

What is Addison Rae’s NET WORTH and EARNINGS?

Sponsorship: As Addison has more than 3 million followers on her TikTok account, advertisers pay a certain amount for the post they make.

Considering Addison’s latest 15 posts, the average engagement rate of followers on each of her posts is 6.68%. Thus, the average estimate of the amount she charges for sponsorship is between $1,172 – $1,954.

Brand Endorsements: As we all know, she has lots of people following her. So, brands are likely to endorse her to promote their products. Until now, she has been endorsed by various brands including Chantilly Boutique, FashionNova, Uptown Cheapskate, and McCary’s Jewelers.

Net worth: Thus, evaluating all her income streams, explained above, over the years, and calculating it, Addison Rae’s net worth is estimated to be around $100k – $200k.