These days, lots of people use social media to show off their money, lifestyle, cars and all to impress others. We forget the true essence of life in the race to be financially successful than others. But, Jonna Jinton is one in a million, who has completely removed herself from the vicious trap of money, fame and social media and followed where her heart lies and that is Nature.

Far away from all the hustle and bustle of the city, she has found herself in the arms of nature learning the spiritual meaning of life. She started sharing her astounding journey on her blog and with time her blog became one of the most popular in Sweden. She is a talented singer, photographer, and artist who has changed the perspective of people about life. There are not enough words to describe how wonderful she is.

Jonna Jinton was born on June 29, 1989, in Gothenburg, Sweden. Ever since Jonna was a kid, she was always keen and passionate about writing, enjoying nature and photography. As she grew up, she earned a lot of fame for her vlogs and videos of her just enjoying nature at its best and worse which she uploads on her channel, Jonna Jinton.

Right now, Jonna has earned more than 806k subscribers. Not just that, her channel has attained a total of more than 60 million views from her videos. Other than YouTube, she has lots of fan followings on her various social media platforms. Also, she has more than 408k  followers on her Instagram alone at the time of writing this article.

At the moment, she works as a musician, artist, YouTuber, and photographer.

Ever since she was a child, she liked to explore her creativity. But, in this modern world, it is hard to even find time for yourself. She always found herself longing for something. In 2010, she made a life-changing decision to leave her studies and everything behind and moved 1000 km north from Gothenburg to a small village, Grundtjarn, where her grandmother used to live.

As soon as she moved there, she found all the things in the arms of nature which she always wanted. However, it was never an easy job to settle down there but, she was patient. To make her ends meet, she started blogging and filming to be able to afford life she always wanted. She found the meaning and purpose of her life in the silence of nature, misty meadows, singing birds, quiet lakes, astounding northern lights and night skies full of stars which fancy city could never offer.

Moving far away from the city, not only she found herself but, she also found the love of her life, Johan, as well. And their love story is fascinating because with time he went from a daily reader to her husband. It all started when he regularly commented on her blog posts. She was just attracted by his wiseness, honesty, and humbleness.


As time went by, they regularly sent messages to each other. At the same time, she used to get all the emails and messages from men all over the world asking to meet her. But, he stood out among all because he never asked to meet her and was different. His personality attracted her so much that she, in turn, had to ask him to meet her. Funny thing is, he did not even show up after they agreed to meet each other which left her heartbroken. Regardless, she again called him to meet which she never did on her life.

On October 26, 2015, they finally met with each other and the rest is history. Finally, they married each other on 13 July 2019. When they both had given up the hope that they would ever find true love in their life, they found their soul upon each other. That is how simple, wonderful and deep their love is. Words are not enough to describe how pure their love is. 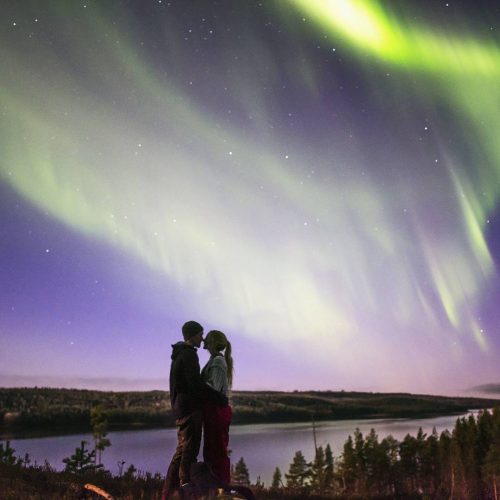 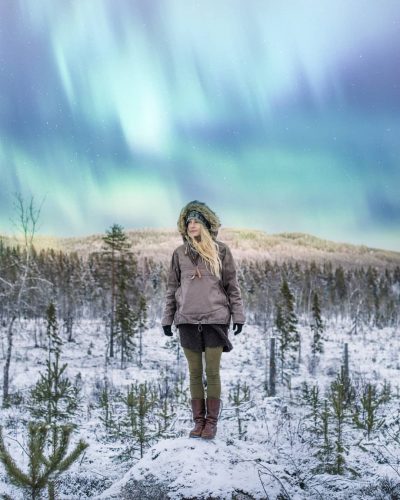 Mother:    Her mother Anna is working as an administrator of her business.

Childhood:    She has not given any particulars about his childhood until now. It looks like she is very focused about developing her career. Also, much of the attention goes to her career and present life rather than knowing what was her childhood like.

So is the case for Jonna Jinton, as most of her earnings and incomes come from YouTube. The subscribers and viewers count of her has risen significantly over the years.

Currently, she has more than 806k subscribers on her channel with an average of 397,927 views daily.

Net Worth: According to socialblade.com, from her YouTube channel, she earns an estimated $35.8K – $573K in a year calculating the daily views and growth of subscribers.

Thus, evaluating all her income streams, explained above, over the years, and calculating it, Jonna Jinton’s net worth is estimated to be around $500k – $600k.

Jonna Jinton started her YouTube channel on January 19, 2011, and uploaded her first video titled “www.jonnajinton.se “Vinterpromenad”.” Since then she has been uploading various vlogs and videos of her just enjoying nature at its best and worse.

Till now, out of all her videos, “Kulning – Ancient Swedish herdingcall” is the most popular video on her channel. It has racked more than 6.2 million views as of now.

At the moment, her channel is growing day-by-day with over 806k following her video content. Also, she is consistent in uploading videos as she uploads videos once a week.