TikTok has taken the world by storm, and Khaby Lame has taken the TikTok world by storm. There is a saying, “Simplicity is bliss”, and Khaby Lame has amassed millions and millions of followers from his simple yet, hilarious content. Lame’s reaction videos to overcomplicated ‘life hacks or DIY’ are just perfect. His silence speaks louder and is a big part of his success, as it fits with everyone in this world. While most of the social media content strives for perfection, his originality and authenticity make him relatable and a favorite among the viewers. No wonder Khaby is a superstar worldwide.

In this article, we have gathered all the information there is to know about Khaby Lame. We have covered Khaby Lame’s birthdate, family, education, romantic life, and net worth. So, stick to the end.

What is Khaby Lame known for?

Khaby Lame is a 22 years old Senegalese-born Social Media Star. Khaby rose into fame and limelight for his hilarious short comedy skits where he sarcastically points out people who complicate simple tasks for no reason at all. He uploads this hilarious content on his TikTok account, khaby.lame.

Moreover, Khaby started out on TikTok just for fun and as a part of a trend, but, little did Khaby know,  that he would have more than 134 million people following Khaby on TikTok alone. Not just that, Khaby has extended his social reach on Instagram with more than 72 million followers as of March 2022.

“Now I dream of turning TikTok into a job to help family and friends.”

Khaby Lame was born on March 9, 2000, in Senegal. His family moved to Chivasso, Italy when he was one year old. His family lived in a public complex. Khaby has three siblings. His real name is Khabane Lame.

Not much is known about his parents however, according to some sources, his father is an entrepreneur whereas his mother is a housewife. Ever since he was young, he was really into gaming. As for his education, he completed his high school education at a local private school in Chivasso.

Although he has spent all of his life in Italy, he has yet to receive an Italian passport or citizenship. He is currently Senegalese by citizenship and nationality.

“Sincerely, I don’t need a piece of paper to define myself as Italian.”

From Factory Worker to TikTok

Before his TikTok fame, he worked at a factory near Turin. He was a CNC machine operator. Although he was into gaming, his main source of income came from his work in the factory. Everything was going well until COVID-19 shook the entire world. The only source of his income was gone as he was laid off due to COVID-19.

He had no idea what to do as he was locked at home and jobless. To kill his time, he started uploading his classic reaction videos. Then the rest is history. As of March 2022, Khaby Lame has more than 134 million followers. It makes him the second most followed TikTok star in the world. Not just that, his content has garnered over a staggering 2.1 billion likes until now. At the moment, he lives as an expat in Milan, Italy.

“I opened my profile because I didn’t know what to do when locked at home during the lockdown.

Through TikTok it would be a dream for me to be able to help them one day, as well as my family of course. Just like me, both of my parents weren’t expecting all of this and are delighted. I hope to continue like this.”

As Khaby grew up in Italy, it is obvious for him to love football. As a football fan, he has already collaborated with football superstars such as Paul Pogba, Paulo Dybala, Zlatan, Kylian Mbappe, and many more.

He has already partnered or collaborated with international brands such as Xbox, Netflix, Amazon Prime, and many more.

In 2022, Khaby Lame signed a multi-year partnership with the

famous fashion house, BOSS. He was featured in the #BeYourOwnBoss campaign which features celebrities such as  Kendall Jenner, Hailey Bieber, Lee Min-ho and many more. 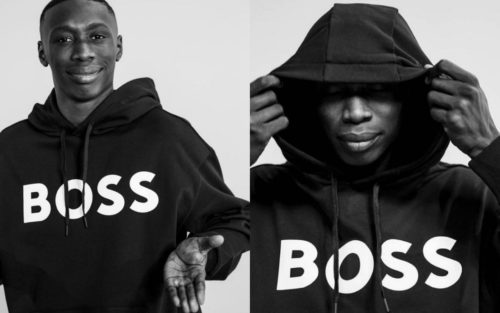 “Authenticity over production and not trying too hard.” – The Publish Press

Khaby has earned enormous fame and popularity through his hilarious rib-tickling TikTok video. Having such enormous fame, it is obvious that many of his fans and followers would want to know about his relationship status as well.

Regarding his relationship status, he is currently dating a girl named Zaira Nucci. However, there is not much information known about her as he rarely says anything about her. Anyways, Khaby announced that he is engaged to Zaira Nucci in October 2020. It speaks volumes about the bond they have and the character of Khaby Lame. Even though he is famous, he has remained loyal to the person who was beside him when he was no one. It is common to see people break their relationship because of newfound fame and fortunes, but not our Khaby.

Khaby Lame stands at a height of 6 feet 1 inch (1.85 m). However, the information about his weight remains unknown. Khaby looks very attractive with beautiful Dark Brown eyes and Black hair. Also, he has an athletic body physique. However, the detailed statistics showing his body measurements are not known.

What is Khaby Lame’s NET WORTH and EARNINGS?

TikTok Sponsorship: As Khaby has more than 134 million followers on his TikTok account, advertisers pay a certain amount for the post they make. 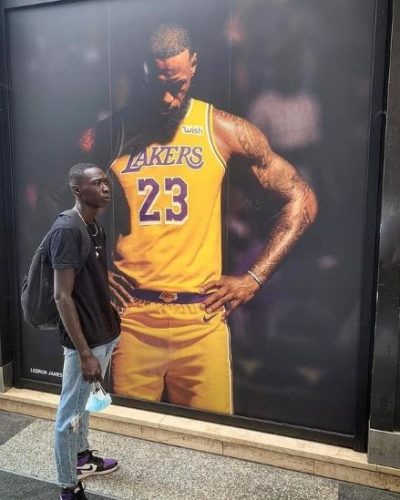 It is apparent that several bad information about figures like his involving them spread here and there. His haters can make stories and attempt to take him down out of jealousy and envy. Yet, he has nevermore given much thought to it. Preferably he concentrates on positivity and love, his fans and followers return to his. He has done excellent work to keep herself distant from controversies until this day.

Q: What is Khaby Lame’s birthdate?

Q: What is Khaby Lame’s age?

Q: What is Khaby Lame’s height?

Q: Who is Khaby Lame’s Girlfriend?

A: Khaby Lame is In a relationship at the moment.

Q: What is Khaby Lame’s Net Worth?